Is the California Secretary of State’s Office the Next IRS?

California’s Secretary of State has the constitutional responsibility to implement a fair and impartial elections process. Indeed the integrity of state government depends on the impartial execution of her duties. Yet there are troubling indications that Secretary Deborah Bowen’s office may be improperly manipulating the election process, taking actions to damage a political cause disfavored by Democrats in the same way that the IRS used its power to damage conservative groups and causes. 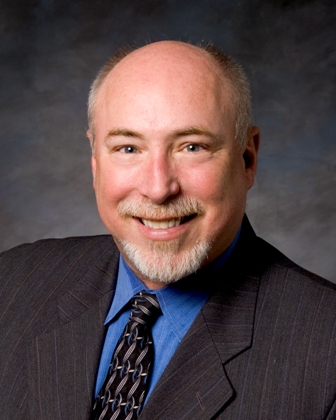 Assembly Bill 1266 is a law passed solely with Democratic votes and signed into law by Democratic Governor Jerry Brown. The new law, sponsored by the gay rights group Equality California – whose PAC exclusively supports Democrat politicians – mandates that students in California public schools shall be granted access to vulnerable school facilities such as showers, locker rooms, changing areas and bathrooms based on “gender identity” and not their actual sex.

The law is one that leaves most people shaking their heads and asking, “what were they thinking?” A recent statewide survey found that only 35% of California voters support the law, while 51% oppose it. After voters hear pro and con arguments, the law is opposed by a two-to-one margin. If voters have the opportunity they would reject this new law, likely by a large margin.

A coalition of churches and public policy groups are sponsoring a referendum to give voters that very opportunity. If Privacy For All Students can collect the nearly 505,000 required signatures, the law will be suspended until it is addressed by voters in November, 2014. And that’s where Democrat Secretary of State Debra Bowen enters the fray – and why her actions are raising questions.

Bowen has the important duty of overseeing significant elements of the petition process that determines whether a measure qualifies for the ballot. Conducting a referendum is a difficult thing to do. The signatures must be collected in only 90 days and can’t even begin until an official Title & Summary is prepared by the Attorney General, which takes 10 days.

Every single one of the remaining 80 days is crucial. Referendum proponents work at breakneck speed to print, distribute petitions and circulate those petitions. Not all the signatures collected will be of validly registered voters. Thus, a critical factor in managing a petition drive is checking the validity of the signatures that are being produced. This factor determines how many signatures above the required minimum must be gathered.

In order for proponents to verify signatures, the Secretary of State is required to provide an electronic file listing all registered voters in the state. This is a critically important, ministerial act and normally is provided as a matter of course within a couple of days of a request being made. However, Secretary Bowen’s office appears to be manipulating things to deny the proponent of the AB 1266 referendum timely access to the voter file.

When asked how to obtain the file, the proponent was told by Bowen’s office to fax in a letter requesting it. The fax number was provided for this very purpose. The letter was prepared and faxed on September 24. The proponent called the following day and was told the file would be available in 7-10 days. She emphasized that the file should be held for pick up, and prepared a letter authorizing the referendum petition firm to pick up the file, as is common in petition drives.

On October 1, after seven days had elapsed, the proponent called to check on the status of the voter file. She was informed that contrary to their earlier direction, a letter had to be delivered to the office with an original signature and that a fax was not acceptable. The proponent sent a new letter by Federal Express that day. Once again, the proponent was told it would take another 7-10 days to prepare the file. So sorry.

The file was not available on October 8th, or the 9th or 10th. Now past the 10 day window, on October 11th the referendum petition firm spoke with the Secretary of State’s office to determine the status of obtaining the file. Several times over the course of the next week the file was promised, but each promise was met with further delay.

On Friday October 18th, the file was finally obtained and immediately sent via overnight delivery to a data house to prepare it for use with a software program that facilitates the checking of signatures. At last the referendum petition firm could begin the critical process of validating signatures.

Or so they thought.

On Monday October 21st, the proponent once again called the Secretary of State’s office. This time she was informed that they “inadvertently” forgot to give her a symbol that was required as part of the password. So sorry. Another weekend of important work was lost due to this error.

Finally, some 27 days after initially requested – at least three times the normal duration – the referendum petition firm’s data vendor was able to access the voter file and begin to tackle the backlog of petitions.

No doubt that Secretary Bowen would chalk all these problems up to inadvertent errors and unfortunate staff miscommunications. Kind of like when we were told that the IRS targeting of conservative groups was the actions of a few rogue employees in the Cincinnati field office.

Normally I would attribute this situation to customary government incompetence. However, there’s reason to wonder if it may be more than that.

Deborah Bowen was elected Secretary of State in 2010 with the support of a group called The Secretary of State Project. The project was started in 2006 with the hope of electing Democrats to Secretary of State positions in key states, especially where vote counting in close elections could determine the outcome of the presidency (think Florida in 2000 and Ohio in 2004). The project was funded by leftist luminaries such as George Soros and homosexual activists Tim Gill and Pat Stryker, among others. The project enjoyed considerable early success, but Bowen was one of only two victories in 2010 and the group was not active in the 2012 cycle. Whether they will be active in 2014 is unknown.

The referendum drive to put the bathroom bill on the ballot plans to submit signatures on November 8th. It’s enjoying tremendous grassroots support, reflecting the strong opposition to opening school bathrooms to members of the opposite sex, invading the privacy of students and jeopardizing their security in the most vulnerable areas of public schools.

Once signatures are submitted to county elections officials, the Secretary of State will play a critical role in monitoring the counting and verifying of signatures. It doesn’t take a genius to figure out that Democrats don’t want this issue on the ballot. It’s also a safe bet that the likes of Soros, Gill and Stryker aren’t happy with the bathroom bill referendum either.

Let’s hope that Secretary Bowen comes to realize that neither incompetence nor manipulation are acceptable courses of conduct, nor is playing partisan political games for donors and fellow Democrats. The people of California expect her to exercise her responsibilities fairly and impartially, as the constitution requires.

Frank Schubert is president of Mission Public Affairs, LLC and is managing the referendum campaign to overturn the coed bathroom law. He is a frequent contributor to Flash Report.