Time to Place Party and Country over Personal Agenda

California Republican Party Chairman, Jim Brulte has been very clear about the Party’s goals for the 2014 election cycle: Keep the GOP majority in the House of Representatives; and break the Democrats super majority status in Sacramento.

As co-chair of elections for the Assembly GOP Caucus, I can attest that our Caucus is fully in-line with those goals and have been working hand-in-hand with Chairman Brulte. 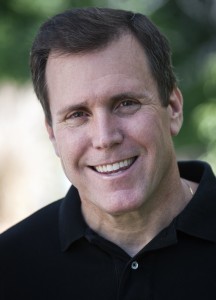 Despite the tough political climate our fundraising has out-paced where we were at this time last cycle. In fact, GOP Assembly Leader Connie Conway raised the bar on herself by raising her fundraising goal to close out theDecember 31st report.

The Caucus’s mantra for 2014 is “Defend 3 and Pick up 2.” Based upon 2012 election results and voter registration, we’ve determined the Caucus needs to focus special attention on three incumbents: Jeff Gorell (44 AD); Mike Morrell (40 AD) and Eric Linder (60 AD).

Although we believe there are multiple opportunities for pick-ups across the state the two obvious targets are Democrat members Steve Fox (36 AD) and Sharon Quirk-Silva (65 AD) both whom represent historically GOP districts.

Many of us in the Caucus spent our “summer vacation” traveling the state recruiting Assembly candidates. I believe we will have a strong stable of challengers and will be able to broaden the playing field by competing in many more seats than conventional wisdom would dictate.

Since Republicans don’t benefit from special interest money like Democrats do, we need to foster our limited resources and all work together to save our House majority and begin the climb out of super minority status in Sacramento.

Unfortunately, some people place their personal agenda and ambitions over what is best for our country. When we see this happening it’s incumbent upon us to call people out and address the issue so we can all move forward in executing Chairman Brulte’s game plan for 2014.

The 25th congressional seat has been represented for the past 20 plus years by Republican Rep. Howard “Buck” McKeon. Speculation in Washington, D.C. is the Chair of the House Armed Services Committee will retire at the end of the session.

However, in local media, McKeon’s spokeswoman has repeatedly said he plans to run for re-election. The northern Los Angeles County-based CD 25 (which also includes most of Simi Valley in Ventura County) for many years was considered “safe” Republican and is now listed as “likely” Republican due to demographic and voter registration trends.

In fact a recent survey by Public Policy Polling showed McKeon losing to a generic Democrat by 2 points.

If McKeon chooses not to run in 2014 we have a rock star line-up of proven GOP leaders who could carry the banner in 2014. They include state Senator Steve Knight, former state Senator Sharon Runner, former Assemblyman Cameron Smyth, Ventura County Supervisor Peter Foy, Simi Valley City Councilman Glen Becerra, and Santa Clarita Mayor Bob Kellar. If you really needed heavy weight gravitas there is always retired Congressman Elton Gallegly or Board of Equalization Member and former state Senator George Runner. All of these players join me as long-time residents, and leaders in the 25th Congressional District.

Strickland has been out raising money and has filed FEC paperwork stating he’s running once again in CD 26 against the vulnerable Brownley. This seat is one of the GOP’s best hopes for a pick-up in 2014.

However, there have been rumblings that McKeon and Strickland have cut a deal to circumvent the electoral process and crown Strickland the GOP standard bearer in 2014. The alleged plan is for McKeon to announce last minute that he is not running. Strickland would then switch races and announce for CD 25. This would obviously place other GOP candidates at a disadvantage (there are already three announced Democrat candidates in the race).

Considering the amount of money Strickland has raised and his announced intentions, it seems far-fetched. However, Strickland is consumed with personal political ambition. He was elected in one of the most expensive state Senate campaigns in 2008, and six months later was running for State Controller. In 2011, he was raising money to defend his critical State Senate seat (A seat the GOP ended up losing because we no longer had an incumbent) and he then flipped to running for Congress when he felt he had a better shot at winning the newly minted CD 26.

If Strickland departs CD 26, allured by the seemingly easier path to his goal of being in Congress, who fills the vacuum to challenge Brownley? I’m sure GOP Assemblyman Jeff Gorell would feel compelled to run and that would leave the highly competitive AD 44 an open seat.

This domino effect would create a scenario of GOP candidates scrambling to garner the necessary resources in a short period of time to compete with the Democrats. These campaigns wouldn’t be races, but sprints. It would place the GOP at a terrible disadvantage. A possible result could be losses in both congressional districts as well as the state Assembly seat.

Rep. Buck McKeon, himself, ought to announce his intentions now.

If McKeon retires, Tony Strickland has every right to run in CD 25 if he wants to. But he should exercise some integrity and let the party faithful know his intentions now.

Unfortunately the one wearing the biggest grin in this scenario is freshman Congresswoman Julia Brownley. After all, Strickland has amassed north of $400,000 in his federal campaign committee – and those funds represent the dreams and donations of loyal Republicans who believe it will be spent on Brownley’s retirement.