“Unlimited power is apt to corrupt the minds of those who possess it.”

The alleged corrupt behavior of State Senator Ron Calderon has been at the center of California politics since the release by Al Jayzeera America last week of a sealed FBI agent’s affidavit detailing how Calderon supposedly pushed legislation that would benefit a particular business interest, in this case, a movie production company, in return for them “buying off” the Senator with payoffs. 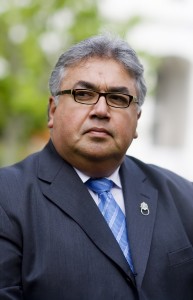 “How could this happen?” — people will ask.

Obviously legislators are human beings, eh?  We are all imperfect.  So it makes sense that some will be morally lacking.  That’s really no different than any other profession.

In the ideal world, everyone would be an upstanding citizen, a Boy Scout, and always do the right thing, even when nobody is looking.

I guess one might argue that politics, as a field, has the potential to attract a higher percentage of people with questionable ethics.  What other professions are centered around money and power?

Some will and have argued that Calderon’s alleged activities create an opportunity to once again step up efforts to try and take money out of politics.  Despite the folly of this, as you will never really be able to do that – in the case of Calderon, what he supposedly has done is clearly already against the law.   So this would not be a case of someone taking advantage of a “loophole” or some other gray-area chicanery.

I will submit to you, however, that if you want to take a systemic approach to trying to stop this kind of bad behavior – the best way to do that would be to address the “power” side of the equation.

Over an extended period of time – decades upon decades – the size and scope of state government has grown to be quite vast.  The amount of tax money taken into Sacramento, and then redistributed out by the Governor and legislature is well north of $100 billion annually.

How that money comes into state government is largely a function of the state tax code.  If we had a flat tax in California, with no special treatment and carve outs, there would be less opportunity for legislator who wanted to change or advocate change in the code to help out a narrow interested party.  In the case of the Calderon matter, the legislation in question was about increasing a state tax credit for a micro-targeted area – the motion picture industry.  Is this industry deserving of this kind of favorable treatment?  You tell me.

Similarly, on the spending side of things, state laws and the state budget are replete with examples of very specific, small groups of people being the beneficiaries of government spending.

There are also hosts of regulations promulgated by the legislature as well that favor some groups at the expense of others – some of them target very specific constituencies for pain or gain.

The problem is that the political system in Sacramento depends on those that make policy in state government being able to pick winners and losers.  It is because of this that there is so much political giving – by those that want to control outcomes.  Special interest groups want to impact who pays taxes, and who receives state funds – what they pay and what they receive.  And of course who is regulated. 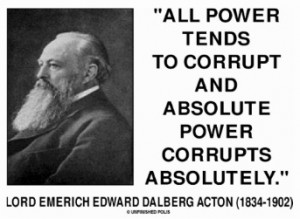 As long as state government is this expansive, and wields power in this kind of a way, you are going to have situations like the one with Ron Calderon.

Don’t get me wrong.  In no way am I trying to make any excuses for Senator Calderon if he is, in fact, guilty of wrongdoing.  He is responsible for his own actions, and he must be accountable for them.

I guess I would close by saying that if you serve alcohol at a bar – lots of it – invariably some of your patrons will become alcoholics.   If that worries you, maybe it’s time to pare back the bar menu a bit.  But I would warn you, that would be an unpopular decision for the patrons of the bar.