[Publisher’s Note:  We are pleased to offer this original column submitted to the FlashReport by Greg Rath, a candidate for Congress in California’s 45th District – Flash]

Of all things that can be said about President Obama, you have to give him credit. After punting the cover-up of the Benghazi attacks, humiliating our international credibility with illusionary ‘red lines’ over Syria, tolerating an IRS that behaved as a partisan attack dog, and plunging America’s international credibility to new lows, it takes supreme skill and effort to top those disastrous precedents. But never underestimate the Obama administration’s bumbling incompetence. 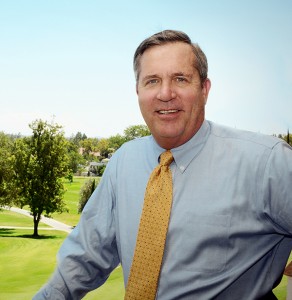 Unfortunately, the recent Obamacare website rollout has only added another notch to President Obama’s disastrous domestic record. Out of the millions of Americans who are forced to purchase health insurance on the so-called exchanges, only a tiny fraction managed to successfully apply. Hundreds of thousands of Americans have been dropped from their corporate insurance plans, and millions of self-insured have seen their premiums jump 100 percent over only one year. Americans only now taste the bitter poison pill from Dr. Obama.
Obamacare’s bungled website debut epitomizes the folly of this massive piece of legislation. In 2009, the president promised Americans that his healthcare exchanges would be easy, comparable to online shopping, and allow customers to pick and choose from a wide selection of high quality and low cost plans. Three years and half-a-billion dollars later, the website rollout flopped. Few people have managed to purchase health insurance from the exchanges. Most people have been shocked with doubled prices. Others enjoy a generous handout that disguises the true cost of their insurance plans. Nevertheless, taxpayers will pick up the rest of the bill with more public debt.

Now, Health and Human Services Secretary Kathleen Sibelius is under fire for her failure to launch. For months, Republicans have demanded a delay in implementation of the mandate, to match the delay President Obama has bestowed upon businesses, and this demand was one of the points of contention in the latest debt ceiling showdown. At that time, Democrats denied a delay for political principle, but now many are joining Republicans in urging the Administration to order the IRS to stand down on the January 1st enrollment deadline.

Perhaps the website’s failure will someday be rectified. Maybe President Obama can salvage the ruins of his signature legislative scheme and claim a modicum of success in further entrenching the welfare state in American society and increasing Americans’ reliance on the federal government. But Obamacare’s epic failure points to a simple conclusion. More government interference in our daily lives is not a solution to societal problems. The hundreds of pages of law and thousands of pages of Obamacare regulations will do little to help anyone struggling to receive healthcare, and for every American granted taxpayer subsidies, many more Americans will be harmed by Obamacare’s intended and unintended consequences.

The battle over Obamacare has only yet begun. Principled stands and lonely crusades are noble and honorable, but the only practical way to expunge Obamacare from our lives is to elect majorities in the House and Senate who will repeal the pernicious law and enact free-market reforms that truly make the healthcare business competitive and consumer prices matter.

Greg Raths, is a candidate to replace retiring Rep. John Campbell. His website is here.