Exactly one week ago today, literally out of the blue, moderate Republican State Senator Bill Emmerson announced that he had tendered his resignation from office, effective December 1st of this year. 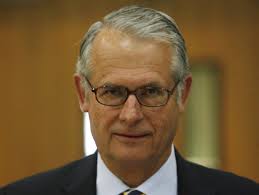 In his short public statement, Emmerson declared, “I have always felt that one had to be passionate about their work.  In these past few months, my passion has waned and my constituents deserve a Senator with the level of commitment that I once had.”

The Senator made it clear he was in good health.

Politics being what it is, all eyes have now focused on the 23rd State Senate District, with everyone wondering who will succeed Emmerson.

About two-thirds of the 427,395 registered voters in this district reside in San Bernardino County, and the other third are in Riverside County.  Some of the cities on this sprawling district include Rancho Cucamonga, San Bernardino, Redlands, Yucaipa, Hemet, Beaumont, Menifee, Lake Arrowhead and Big Bear.

With a tip of the hat to Paul Mitchell over at Political Data, I can share with you that the latest voter registration statistics on that seat are 40.8% Rep, 34.2% Dem, 19.5% DTS, and the rest scattered amongst the lesser parties.  Paul dubs this a “safe Republican seat” – there’s no doubt about that.

I will also go so far as to say that this is not just a Republican seat – it’s a conservative seat.  GOP voters in this neck of the woods are not the same sort of Republicans that you might find in, say, a coastal seat.

With that a number of prominent Republican figures live in this district, and of course immediately all eyes went to the local GOP Assemblymembers who represent portions of this district.  Again, with Paul’s help, the breakdown in terms of overlapping of voters in the 23rd Senate District:  Mike Morrell: 49%, Brian Nestande: 24.1%, Melissa Melendez: 14.6% and Tim Donnelly 6.9%. 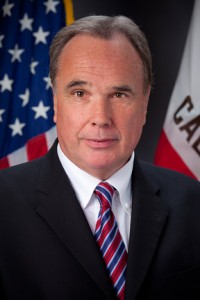 Needless to say, Assemblyman Mike Morrell stands out as most of his Assembly seat is nested within the Senate Seat.  Morrell, who was in the midst of raising money and working his district in what was expected to be a hard-fought re-election to the increasingly competitive 40th Assembly District, wasted no time in making phone calls scooping up local endorsements and on Tuesday, following the holiday weekend, he official threw his hat into the ring.

It’s probably worth mentioning that of the other GOP Assemblymembers mentioned above, only Donnelly actually lives in the Senate seat and has stated that he is not running for Emmerson’s seat – choosing to devote 100% of his energy to his campaign for Governor.  Nestande is running for Congress, and it would seem unlikely that Melendez, a freshman able to serve 12 years in the Assembly would move to the northern end of her district to run for this seat.

While Morrell is the only announced candidate in the race so far (that may change as early as today), no matter who else gets into the fray, Morrell will be the front-runner to succeed Emmerson.

Morrell, a strong limited-government conservative, is very popular with the Republicans in this district.  He is widely regarded statewide as one of the hardest working legislators in terms of working their district.  Because of the competitive nature of his current seat, Morrell has never stopped “running” in half of this Senate seat, and necessarily has very high name ID, especially with GOP voters.

Morrell has nearly $300,000 cash on hand in his Assembly campaign committee, which of course can all be transferred to his Senate committee.  In addition, Morrell built and owns a successful mortgage brokerage business (California Republican Party Chairman Jim Brulte, who long represented this area in this legislature, notes that Morrell’s company did the financing for his home).  His success in business has allowed Morrell to invest significant personal resources into previous campaigns, and one assumes he could do that again this in coming special election.

Morrell’s campaign team (which has seen him through two elections before this one) is Revolvis Consulting (Duane Dichiara and Jason Roe, Principals), and ace fundraiser Diane Stone.

My sources tell me that Morrell has locked down dozens of local elected officials, and many of his GOP colleagues.  No doubt he will have serious inroads with GOP and conservative groups as well. 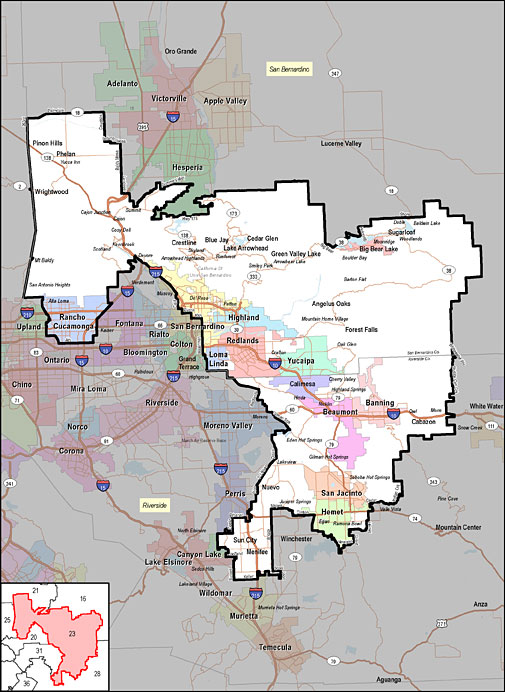 All of that said, Morrell is not likely to clear the field.  Over the last couple of days there has been a lot of “buzz” about the potential candidacy of Lonni Granlund, who is a member of the Yucaipa Valley Water District, and a long-time realtor.  For those who recognize the last name, she is ex-wife of former Assemblyman Brett Granlund, who served in Sacramento in the mid-90’s).  Granlund, who has been described to me as a “pragmatic, more moderate” Republican has apparently caught the eye of some Sacramento interest groups including the California Realtors Association.  The impact of “IE” money in a special election can be significant.

Some other names out there —

San Bernardino County District Attorney Mike Ramos is often talked about as a potential candidate for higher office.  Sources tell me he as taken a serious look at this particular race.  That said, It’s not really clear if State Senate is a “higher office” than being District Attorney.  He does have around $250,000 cash on hand, much of which would be transferable. 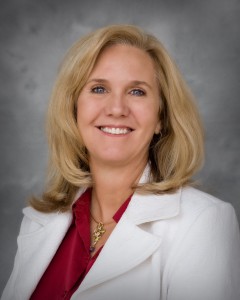 Andrea Dutton, the wife of former State Senator Bob Dutton, is apparently considering a bid for either this Senate seat.  She had been actively considering a run for Morrell’s Assembly seat in 2016.  She might still be eyeing that Assembly seat – which would be filled by a subsequent special election should Morrell be elected to the State senate.

Former Assemblyman Russ Bogh resides on the East end of the district.  Bogh lost a highly contentious special election to Bill Emmerson, and while I have not heard that he has an interest in running again, no “potential candidates” list would be complete without him.

I was told that former Beaumont Mayor Jan Leja — a friend — was looking at a bid.  This is probably more rumor than anything else.  Leja has the distinction of being the only person I know who was elected to the Assembly, but never sworn in.

Some folks told me that San Bernardino County Supervisor Janice Rutherford, and Menifee Mayor Scott Mann were looking at the seat.  Both have confirmed to me that they are, in fact, not interested.

This analysis provides my take as of this moment – a snapshot in time.  I will certainly have to come back to this district for an updated analysis once the field has taken final form.

Two final takeways – whoever wins this Senate Seat had best immediately turn around and focus on helping the GOP caucus get to that magic “14” seat number – or it will be a long go of it in the super-minority.  And whether Morrell wins or not, you can be sure that Assembly Republicans are huddling to figure out what to do in the competitive 40th AD, where plans have now been – disrupted.

[Update: 230pm — As expected, Lonni Granlund this afternoon formally announced her candidacy.  She announced that District Attorney Ramos would be serving as her campaign co-chair.  She also announced the endorsement of long-retired former moderate Republican State Senator David Kelley.  I’ve also updated the post with her photo, which was supplied with the release!]