L.A. Story: The GOP is Back in Town

[Publisher’s Note: We are pleased to offer this original column submitted to the FlashReport by Mark Vafiades, Chairman of the Republican Party of Los Angeles County. – Flash]

The San Fernando Valley is used to feeling a shifting of the ground and tremors that arrive without warning. That’s why the final results of this week’s special election for a vacant seat in the State Assembly’s 45th District – no matter the winner – should be seen in their proper context. 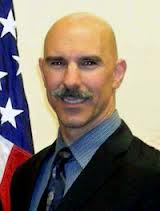 From the beginning of this contest, conventional wisdom held that Republican Susan Shelley didn’t have a chance and repeated a pessimistic drumbeat: Registration is against her. She will be heavily outspent. And the issues favor Democrats.

And yet, something extraordinary happened: An energetic Shelley campaign that stressed common sense issues, challenged outdated political assumptions and reached out to diverse voters brought about a virtual dead heat.

Less than 200 votes out of more than 26,000 cast separate Shelley and her Democrat opponent. We are eager to have all the votes counted, and we are closely monitoring the process to ensure ballot integrity. We know that Susan Shelley can absolutely win this election.

This means many things: Voters have serious reservations about what’s happening in Sacramento. Taxpayers are fed up with being looked upon as an always-open ATM for government spending sprees. And both are open and ready to bring a measure of political balance in the State Capitol.

Most of all, I believe it is relevant because it happened in Los Angeles County. The fantastic people who make up the Republican Party of Los Angeles County (RPLAC) deserve special recognition. RPLAC not only endorsed Shelley, but also brought energy and excitement to this campaign. We were positive and upbeat in fighting for Susan while eagerly engaging voters who are not Republicans to take a look at a GOP candidate and lend their support.

When we undertook the work of rebuilding and rebranding RPLAC, this is exactly what we had in mind. A fresh start has given us a new outlook and is opening up new opportunities. Make no mistake: In Los Angeles, the Republicans are back in town.

Mark Vafiades is the Chairman of the Republican Party of Los Angeles County.