American Exceptionalism – Are We There Yet?


When he exited the Constitutional Convention in 1787, Benjamin Franklin was asked by a citizen what form of government the delegates had given the young country.  “A republic, if you can keep it.”  How faithfully have we adhered to Franklin’s admonition?  Have we kept it?  Does this exceptional experiment in individual liberty and limited government remain exceptional? 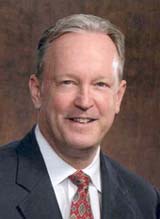 “If you can keep it.”  Inherent in this proviso is an acknowledgement that human frailty could undermine the grand experiment; that the gift given could become an opportunity for license instead of for responsibility, restraint and self-governance.  The choice between exceptionalism and mediocrity lay entirely with the people.

So, how are we doing with American Exceptionalism and how do we measure it?  Is the happiness of the individual a determinant, and how do we measure that?   US Supreme Court Justice Anthony Kennedy explained that, for the framers of the Declaration of Independence “happiness meant that feeling of self-worth and dignity you acquire by contributing to your community and to its civic life.”

Using Kennedy’s definition as a starting point, a revealing standard of measurement would be the strength of the institutions that allow us, once free, to pursue and achieve happiness.  These institutions can be counted on one hand – work, worshiping God, loving one’s neighbor and building a family.    Let’s look at them.

American politicians and policy makers talk rhapsodically about the power of the private sector, but the only private sector institution they really have any working knowledge of is private enterprise – work. If taxes and regulations are kept to a minimum, the economy flourishes and tax revenues increase.  But, American Exceptionalism is much more than a strong economy.

When it comes to religion, Americans share a common pride in our freedom to worship God as we please.  However, in addition to worship, is the command to love thy neighbor, which is religion in action.  Many times this tenet is made manifest by giving to those in need.   The persuasive power of loving thy neighbor provides a growth opportunity for the needy recipient and the giver that cannot be matched by a government program.   In a free society, contributions to community and to civic life, and the human to human contact engendered by these actions make us happy.

In 2006 Americans spent a total of $1.2 trillion per year on giving.  While this number represents an impressive $100 billion from corporations and foundations and $300 billion from individuals, an astounding amount, $800 billion, came from state sponsored, tax levied federal and state social programs.  In 2006 government social programs represented two thirds of all “giving” in America and this percentage is higher today.  While these government programs help the needy, they lead to a status quo of misery, lost opportunity and family degradation when they become a way of life for far too many Americans.

And when it comes to family, often referred to as “the littlest school” because families prepare the young to enter society, Americans argue about various forms of adult relationships and debate what constitutes a “family”, while every day more and more children are handicapped in the pursuit of happiness due to fatherlessness, unwed pregnancy and divorce.  Today, 40% of American children go to sleep at night with only one parent in the home.  Children in father-absent homes are two to three times more likely to be victims of child and sexual abuse, do drugs, experience educational, health, emotional & behavior problems, become teen parents and engage in criminal behavior. (fatherlessgeneration.wordpress.com)

The economic loss and cost to government associated with the fatherless child are both in the billions of dollars annually.  (http://www.americanvalues.org/html/coff_mediaadvisory.htm)

But the private sector can rebuild the family by reducing fatherlessness, unwed pregnancy and divorce by significant margins and thereby reduce the welfare state and shrink government.  (See TheFourInstitutions.com)

Using government to solve our nation’s most basic social problems and expecting positive results is becoming the definition of insanity – doing the same thing over and over and expecting a different result.  As a nation, we have given government too much to do and Washington DC is reaching the level of its own incompetence.

The cure for this incompetence is reducing government by rebuilding families without the assistance of government.  Unleashing this private sector power will help us answer with a resounding “Yes” to the question, is America exceptional?  This new birth of freedom could be our generation’s gift to millions of future Americans and make us a nation worthy of imitation.

Former California Congressman George Radanovich served 16 years in the U.S. House of Representatives until his 2010 retirement.  He recently established The Four Institutions foundation and Restore California (www.thefourinstitutions.com).  He also published “The New World Order is the Old World Order.