Pensions are assuming an increasingly important role in state/local public policy. From Detroit’s bankruptcy to the recent legislation signed by Illinois’ governor to alleviate a $100 billion liability, Californians are uniquely familiar with this crisis. More recently than the well-known bankruptcies from Vallejo to San Bernardino, the Sacramento Bee noted just two weeks ago that while the City of Sacramento reduced its payroll by 1,000 employees over the last five years, its annual pension obligations have increased by almost 10 percent – now at $55.4 million for the budget year. 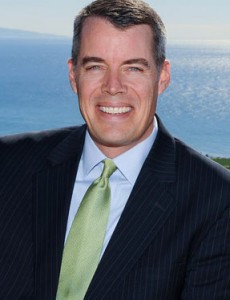 The scenario in the capital city, illustrates a little appreciated paradigm in the public sector: while governments are getting smaller (in number of employees), they are getting more expensive. This dynamic is being demonstrated in the City of Chicago, where, as the Wall Street Journal reports, from 2002 – 2012, the total number of paid city employees declined by 20 percent, their total payroll costs increased by 15 percent. As the Democrat Mayor of Chicago warned about his city’s school pensions, “The pension crisis is no longer around the corner. It has arrived at our schools.”

Into this math problem strides…another Democrat. San Jose Mayor Chuck Reed makes a Democratic argument for a ballot initiative that would allow municipalities to renegotiate public sector pensions and benefits prospectively, warning that, “Skyrocketing retirement costs are crowding out funding for essential public services.” Reed is not about reducing public services, but protecting them.

Reed’s position does not seem compelling to the power base of California’s Democratic Party: public sector unions. For his part, Reed has offered to meet with union representatives to discuss the measure, only to be publicly rebuffed by a coalition of unions that called Reed’s offering a “draconian and flawed measure.” This tension – between Democratic elected officials (Reed has been joined by other city leaders in similar dire fiscal straits) and unions – sets up one of the more interesting elections in recent years. Here are some of the players to watch:

1. Secretary of State Bowen: Will she let it qualify? Rumors are already swirling that unions will attempt to stop the measure during the signature-gathering stage through chicanery like intentionally submitting invalid signatures. If this happens, it would demand increased budgets for getting the required signatures – monies that would be siphoned from later advertising. An unbiased Secretary of State would do all she could to make sure initiative sponsors are protected from these shenanigans, but Bowen has demonstrated a lack of leadership on issues ranging from the statewide voter system to the Cal-Access donation database.

2. Attorney General Harris: If it does qualify, what will she call it? It’s the AG’s job to provide title and summary for qualified ballot measures. A non-partisan attorney general provides a title and summary conveying a meaning that the proponents intended. Unfortunately, we in California do not have that attorney general. Instead, we have an AG who had to be ordered by a Sacramento Superior Court judge to revise her originally submitted title and summary to last year’s Prop 32. The judge found that the Harris’ description weakened the actual impact of the initiative, which was meant to ban political candidate contributions from unions and corporations. And looking at proposed 2014 initiatives, Harris has already been taken to task for misnaming a measure that would alter the cap on malpractice lawsuits – doing so in such a way that would benefit trial lawyers.

3. Other Democrat Candidates: Will they be asked their position? When the last union-involved initiative was proposed – last year’s Prop 32 – it was understandable not to ask statewide Democrats their opinions in a year when they were not on the ballot. But what about Reed’s proposal in a statewide election year? In some ways, Reed’s proposal seems to be in keeping with Governor Brown’s vaunted “subsidiarity” – giving local governments the power to reform local pension obligations. Will the press ask the Governor for his position? And what about the candidates for other statewide races? Enquiring Californians might want to know. Jack Humphreville writing for CityWatch LA even threw down the gauntlet to recently elected LA Mayor Eric Garcetti, asking if he will support Reed’s measure. Other cash-strapped cities might have local press asking leaders their positions on Reed’s proposal, generating publicity for the measure and openings for Republicans.

In the wake of several municipal bankruptcies and growing unfunded fiscal obligations, the cause of pension reform has introduced the most intriguing political collaboration in recent memory: Republicans who’ve generally fought for limited government and Democrats who see reform as a way of saving services. In the blue state that is California, it makes sense that a Democrat should lead the effort. Mayor Reed is in a “Nixon to China” moment. Back in 1972, President Nixon called the trip, “a week that changed the world”. It remains to be seen whether Reed’s initiative will become a year that changes California.

Pete Peterson is a candidate (Republican) for California Secretary of State, and is the Executive Director of the Davenport Institute for Public Engagement at Pepperdine’s School of Public Policy.