What makes a people prosper? A third world lesson about the human condition and economic opportunity

Driving from one Kenyan town to the next was not how I expected to spend my December 27, 2007.  That is, until I got a call from the International Republican Institute asking me to be a part of their international election observation team to monitor the election taking place on that day.

It was my first time in sub-Saharan Africa, and I took the opportunity to continue my activities for IRI because like very election observation mission, it represented the chance to help others enjoy the benefits of democracy that we often take for granted here in America.

The international consensus reached in the aftermath of the vote was that the outcome was at least partially manipulated.  Rioting broke out in Nairobi and other parts of the country shortly after I had departed.

While I went to Kenya to observe an election, it was something I incidentally observed along the way that seized my attention and prompted me to think through another aspect of society: the role of technology, and the question of whether it is beneficial to humanity. 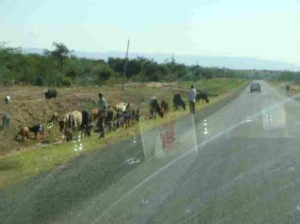 IRI’s monitoring mission consisted of a dozen teams fanning out across the country to observe how polling places were set up, their process for voting, and the counting of ballots.  My team was tasked with observing voting in the old colonial administrative center of Machakos, a town about 64 km from the present day capitol of Nairobi, and Kibwezi, another town in the same region.

After observing the opening of a major polling place in Machakos, our team boarded a rather robust SUV and headed southeast down Machakos Wote road to Kibwezi, passing through smaller towns with names like Mukuyuni and Kola.

Along the way, something caught my attention: women walking along the side of the road carrying enormous blue containers for water.  As we drove, it became clear that these women were traveling distances of several miles from their home to a well or other site to obtain water, and carrying it back home.  By hand.

Any one of these women were born with the same capacity to create, to build, to innovate and to thrive as I was.  Yet on this day, they were spending their God-given talents, all day, to move just 10 gallons of water from one point to another, with nothing more than their hands and two plastic containers.  This is the nature of life in rural Kenya, and indeed throughout much of the world, for hundreds of millions of people.

What was the difference between any one of these African women and me?  In the past, some might attribute the difference to race or something else equally stupid.  Fortunately, most of society has grown beyond such conclusions.  However, the question remains and is important: what leaves one person producing little, and another person producing much more, when they are born with the same human capacity?

The answer has three parts: (1) education, (2) access to technology, and (3) opportunity. 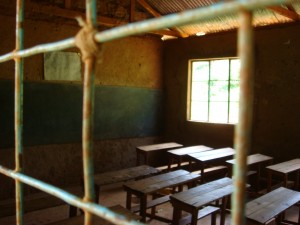 While we are all born with a capacity to learn, whether we learn, and how much we learn, is not so equal.  As an American born and raised in the 1970’s, I was provided with a modern Western education from age 5 all the way through university.  By contrast, the schools I visited in rural Kenya (some were used as polling places), were windowless, basic structures that barely had a floor and something resembling a chalkboard.  The typical Kenyan, born with the same capacity as anyone else, cannot fully utilize that capacity due to a lack of education.  What an enormous waste of human capabilities.

Education boosts human potential, and technology allows that potential to be leveraged further.  A carpenter working with modern tools can produce more, and therefore earn more, than one working with primitive tools or none at all.  An engineer can do more with a computer than with paper and pencils.  The list goes on.  In rural Kenya, there were few if any signs of the kinds of technology that people in developed countries can use every day to maximize their own productivity, and thus earning potential.

While our friends on the left often promote the importance of education, and rightly so, my experiences have taught me that education and access to technology are not enough.  If every Kenyan were educated to the level of the average European, would it make each prosperous?  No – because education doesn’t lead to an improvement in one’s life without another essential element, and that is opportunity.

If you’ve received spam in your inbox or a virus on your computer lately, chances are it originated in the former Soviet Union, which educated huge numbers of people in computers (and nuclear technology as well, by the way), but failed to provide those same people with meaningful opportunities to turn those talents into income. 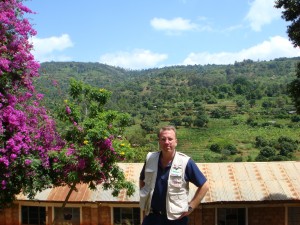 Likewise, if every Kenyan were educated to western standards, most would take the most rational option: by moving somewhere else, like Europe or the United States, where greater opportunities exist.

Every year, the Heritage Foundation rates each country on Earth with an Index of Economic Freedom, a composite figure representing the level of economic opportunities afforded its people.  Taxes, regulations, sound monetary and fiscal policies, inflation, the judicial system, and other important economic factors influence each country’s rating.

Education and access to technology, the first two components responsible for the difference between the Kenyan women I saw carrying water and me, can be corrected through the generation of wealth.  While some may argue that foreign aid is key, and it certainly can be helpful, long term benefits on a national scale can only be generated by a country’s people themselves.

The foundation of generating such wealth is economic opportunity, precisely in the areas measured by Heritage.  In the United States fellow conservatives usually focus on taxes and regulatory policy as the main fronts in the battle to increase domestic economic opportunity.  We focus on these because, by global standards, we have largely solved the other factors, such as a (relatively) efficient and fair judicial system, property rights, freedom from corruption, sound monetary policy, and the like.  In many other countries, these battles have not yet been won.

Our principles, when applied, generate prosperity.  My experience in Kenya reminded me of the cost in wasted human capacity when those ideas ignored.  Fortunately, these challenges can be met when human potential is unleashed.

Ron Nehring served as Chairman of the California Republican Party from 2007 to 2011.