Recent headlines of FBI raids and campaign finance violations have become par for the course in California, a state that has been hijacked by moneyed special interests. Every year, legislators convene in Sacramento to do the bidding of lobbyists representing powerful special interest groups, while average voters are stuck dealing with an uncertain economic future in the hands of an unaccountable legislative body. 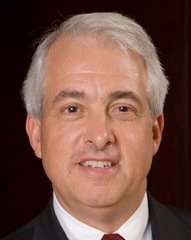 The Neighborhood Legislature, a new initiative that just received official title and summary from the Secretary of State, will change that. This initiative will fundamentally change the way voters interact with their state government, make the Legislature accountable and remove the corruptive influence of special interests in Sacramento.

The Neighborhood Legislature will create approximately 12,000 legislative districts with between 5,000 and 10,000 residents each. Voters will elect true citizen-legislators; community leaders who are neighbors, not career politicians chosen by special interests. These 12,000 will appoint 120 to go to Sacramento to handle bill introductions, committee hearings and other procedural matters, but all 12,000 will vote on bills that make it before the whole body. Majority and supermajority vote requirements will remain intact.

I know what you’re thinking, how will increasing the size of the Legislature make it better? Right now, power is centralized with a few legislators. Special interests only have to spend money on a few powerful legislators. With 12,000 legislators, power will be so widely distributed that a special interest will not be able to control legislative outcomes like they do now.

But the Neighborhood Legislature does more than just take special interests out of the legislative process; it takes money out of politics. According to a recent Maplight.org study, it now costs more than $1 million to run for state senate and $700,000 to run for the assembly. Average citizens, those who are local activists, small business owners and community leaders, cannot afford to run for office. Career politicians who are funded by moneyed special interests are the only ones who can afford to run. And when they win, they have a huge debt to pay in Sacramento. And it’s not a debt to the voters—it’s a debt to the special interests that put them in office.

With 12,000 legislative districts, special interests will not be able to compete. Assembly members will represent about 5,000 people and senators will represent 10,000 people. Instead of casting a vote for a faceless stranger, we will be voting for neighbors, local business owners and community leaders. We’re creating citizen-legislators and kicking the career politicians out of office.

On December 18, we received Title and Summary back from the Secretary of State. Our next step is getting this revolutionary idea on the ballot. For the past several months, campaign staffers and volunteers have met with hundreds of local groups and community members. We’re now a grassroots movement of more than 8,000 supporters sick and tired of special interests controlling our state. These supporters are gearing up to start collecting signatures from their neighbors and friends.

But we can’t do it alone. We need your help. Please visit www.neighborhoodlegislature.com to learn more and join the growing movement to fundamentally reform California.

John Cox is a leading government reform advocate in California, and the chief proponent of the Neighborhood Legislature reform initiative.