What if Snowden had gone to Ted Cruz or Rand Paul, instead of the UK’s Guardian?

If Edward Snowden had chosen to share his information concerning surveillance activities by the National Security Agency with Senators like Rand Paul and Ted Cruz, his declaration of “victory” might have some merit.

Instead, by choosing to leak vital American national security secrets to newspapers, and by extension American adversaries, all around the world, his claim rings hollow.  Rather than a whistleblower victor, Edward Snowden today is a loser of the first order. 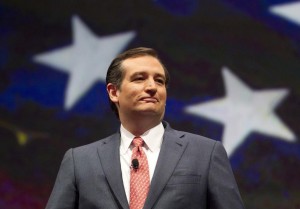 He is under indictment in the United States, no country other than Russia will have him (and his “asylum” there is only temporary), and he will probably never step foot in his home country ever again unless in custody.

This is not the price of being a “whistleblower.”  Snowden could have walked into the offices of any number of libertarian Senators or Congressmen with his NSA domestic surveillance information.  In turn they would have run with the issue in their official capacity without compromising critical national security secrets.  If Snowden was genuinely and solely concerned with domestic surveillance activities this is what he would have done, and he would today would likely be seen in a positive light.

But that is not what Mr. Snowden did.  Not even close.

The substance of the classified documents stolen and leaked by Mr. Snowden go well beyond the NSA’s collection of metadata from phone calls placed within and to the United States.  The information he leaked to the UK’s Guardian newspaper along with the Washington Post extend to NSA activities as they relate to foreign surveillance, the methods used to intercept communications among US adversaries including terrorist groups, and related activities.  The documents not only detail the targets of such surveillance, but also the precise technical methods used to conduct that surveillance.

According to Congressman Mike Rogers, the chairman of the House Intelligence Committee, Al Qaeda affiliates responded to the Snowden disclosures by changing their communications methodologies to make it more difficult for American national security agencies to monitor their communications.

In a November interview on CBS’s Face the Nation, Rogers said (emphasis added): “If he (Snowden) wants to come back and open up to the responsibility of the fact that he took and stole information, he violated his oath, he disclosed classified information — that by the way has allowed three different terrorist organizations, affiliates of al Qaeda to change the way they communicate — I’d be happy to have that discussion with him.”

Another senior American official told the New York Times that Snowden’s disclosure of communications between al Qaeda leader Ayman al Zawahiri and his followers inflicted additional damage.  “It was something that was immediate, direct and involved specific people on specific communications about specific events.”

The fact that Mr. Snowden chose to steal, and then leak, American national security secrets, including those directly related to the surveillance of foreign adversaries, through the news media (primarily the leftist Guardian) makes clear that his claims of altruistic intentions as a whistleblower are little more than spin.

If Snowden had performed his document dump to Senator Rand Paul or Ted Cruz, we could have a hard look at the constitutional limits of NSA surveillance programs without compromising the security of Americans and causing needless and severe damage to America’s position in the world and the security of Americans at home and abroad.  On this subject, I trust Rand Paul and Ted Cruz.  Not Edward Snowden.