The State: Winning the Lottery Everytime

Everybody wants to win. 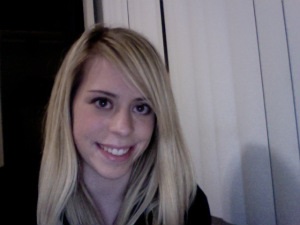 That’s one reason why Las Vegas and Atlantic City attract people from all over the world, so much so that it utterly consumes some. But while private sector gambling is widely recognized as a risk and a return (if there is one) that is almost always based on pure luck, state lotteries promote the idea that there is “hope” and something almost virtuous in playing the lottery. This has never been more apparent than with the repulsive emotionally manipulative Holiday Scratchers ads the California Lottery is airing on your television today.

The one-minute advertisement softly plays Debussy’s Clair de Lune while depicting an old man, who presumably works at the post office, leaving work to head home. The man rides the elevator and walks past folks on the street completely ignored by his fellow citizens. He rides the bus alone in the rain and shuffles up the stairs to his apartment where he finds an envelope with a gift in it: lottery tickets. This brings a huge smile to his face (because gambling always fulfills the desire for human interaction). In the final seconds of the ad, the old man’s next door neighbor, who is watching through her peephole because she apparently gave him the gift, is smiling by her Christmas tree, because, as the ad concludes, “When you give, you win.”

Yes, nothing represents the Christmas spirit and human kindness like gambling. Perhaps it’s just me, but couldn’t she invite the old man in for Christmas dinner? Or invite him to have a cup of coffee? Either of those things would be far more meaningful to a lonely elderly man than giving him (most likely worthless) lottery tickets – but that’s certainly not what the state wants you to believe.

The lottery is fraudulent in practice because even when there is a winner, the winner receives a little over half of the actual amount if they choose to take the payment in a lump-sum, and after that, the winner must pay state, federal, gift, and/or other, taxes. On top of that, with Powerball, you only receive the jackpot if you are the only player to match all six numbers and you opt to receive the money in 30 payments over 29 years – all of which you must pay taxes on.

For most people, winning the jackpot is still a huge benefit at the end of the day, but the promotion of the lottery is far from transparent – so much so that many financial advisors recommend hiring a tax pro before cashing in a substantial winning lottery ticket.

Similarly, the lottery is fraudulent in principle because it pretends to be something that it is not. The probability of winning anything substantial in a lottery is exceptionally low, yet the lottery is purposefully misleading, perpetuating the idea that the lottery is somehow a positive thing in society, and that it inspires the public. In reality, the lottery is tax-raising scheme on the poor that parades itself as the opportunity of a lifetime. Sadly, those lottery tickets the old man in the commercial received were – in all likelihood – nothing more than a receipt for taxes paid to the state.

Additionally, unlike advertisements for casinos, the money spent on promotional advertising like the commercial described in the article is funded by you – whether or not you elect to participate in the lottery.

Why is it that Americans accept – nay, celebrate, the government’s use of taxpayer dollars to emotionally manipulate Americans, harming primarily the poor?

There isn’t anything inherently wrong with gambling, and there is certainly nothing wrong with an individual choosing of their own accord to participate in the government-run lottery, but there is something especially nauseating about the gluttonous state ever-seeking to expand their revenue base by pretending that scratching a piece of paper will bring more enjoyment to individuals than inviting someone over for Christmas dinner.

Do not be deceived, the purpose of the lottery is not to give back to, or inspire you, but to cozen you into surrendering even more of your hard-earned dollars to the state – all while the thieving government continues to swindle large sums of money from your paycheck. The postulation that the lottery is anything to be excited about is frankly ridiculous.

Emily Schrader is the social media director of an international non-profit organization, and a freelance writer from Los Angeles. She can be reached on Twitter at @GippersChutzpah.