In an opinion it published on March 3, the Sacramento Bee’s editorial board called the exercise of fundamental human rights by law-abiding people “a chilling prospect.” 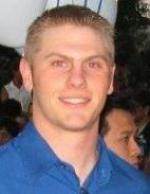 We could not disagree more, and the United States Constitution could not be more clear: “A well regulated militia, being necessary to the security of a free state, the right of the people to keep and bear arms, shall not be infringed.”

In 2008’s landmark District of Columbia v. Heller decision, the United States Supreme Court held that the right to keep and bear arms for self-defense protected under our Constitution’s Second Amendment was an individual one, unconnected to militia service. More than that, however, it very clearly defined the phrase “bear arms,” holding that “[a]t the time of the founding, as now, to ‘bear’ meant to ‘carry’….Justice Ginsburg wrote that “[s]urely a most familiar meaning is, as the Constitution’s Second Amendment . . . indicate[s]: `wear, bear, or carry . . . upon the person or in the clothing or in a pocket, for the purpose . . . of being armed and ready for offensive or defensive action in a case of conflict with another person.'”

Following the federal Ninth Circuit Court of Appeals’ recent decision in Peruta v. Gore, one that appropriately overturned San Diego County Sheriff Bill Gore’s unconstitutional practice of banning nearly all county residents from exercising their fundamental, individual right to carry handguns for self-defense, the Bee spoke up to cheer on Attorney General Kamala Harris’ latest attack on a right she doesn’t like. If Harris gets her way, California’s licensing authorities will continue to do with handgun carry permits what states like Alabama did for African-American voters in decades past.

The only argument that the Bee’s editorial board offers in support of their policy preference is an old, tired, and plainly elitist one: that fundamental human rights should only be exercised by the class of people they (or their ideological allies) deem suitable. In so many cases, history shows that the “chosen ones” in subjective licensing schemes have been—and remain—predominantly made up of rich, white males with political or personal connections to the gatekeepers of civil rights.

Does the Bee really believe that, for example, the political donors who received a handgun carry license from recently-retired Los Angeles Sheriff Lee Baca are more suited to carry guns in public than thousands of trained, law-abiding Angelenos, or that former San Francisco Sheriff Michael Hennessey’s lawyer was the only person in the entire county qualified enough to conceal a Glock?

Like it or not, objective “shall-issue” handgun carry license regulations will be the law of the land here in the Golden State. But Californians need not fear the future. The majority of states have, for years, issued handgun licenses on the basis of [nothing more than] the fundamental right of self-defense. Since 1986, “shall-issue” policies have grown to be overwhelmingly preferred, not just in public opinion polling but in actual practice as well. While most who carry handguns do so in a concealed manner (either by necessity or by preference), the fact is that millions of Americans lawfully carry loaded handguns in public every day.

Anti-gun talking heads like to suggest that liberal carry license issuance policies will prompt a cameo appearance by the “wild wild west,” but nothing could be further from the truth. The majority of shooting crimes occur in municipalities like Chicago, where the political class burdens (and, until recently, outright banned) gun ownership, subjecting law-abiding residents and visitors alike to the mob rule of armed drug dealers. And, though it doesn’t fit the Bee’s anti-gun narrative, violent crime doesn’t skyrocket where carry licenses are issued to law-abiding people. The bottom line, one that even the federal government now concedes, is that when people are free to defend themselves and their families from violent attacks, crime rates often decline.

Substituting in place of carrying handguns for self-defense any one of many other rights we hold dear underlines how inapposite to freedom the Bee’s views really are: “It should be up to local law enforcement officials to decide who should…” Protest the government. Organize and assemble. Worship. Vote. Be free of warrantless searches. Enjoy due process. Be represented by an attorney. Have an abortion. Marry. Publish editorials.

The Bee goes on to say that Sheriff Gore was “sued by gun-rights supporters in San Diego clearly looking for a precedent-setting case,” concluding that “[w]e shouldn’t let them have one.” Oh, the horrors of people who sought to redress their grievances in a proper, peaceful, and rational manner!

Perhaps the members of the Bee’s editorial board missed the day of civics class when it was explained that our uniquely American system of ordered liberty relies on protecting the rights of minorities from the political will of the majority. Indeed, the judiciary has a duty to protect our civil rights—even the ones that the Bee and Kamala Harris do not like—when the executive and legislative branches fail to. As surprising as some may find it, the Ninth Circuit panel did its job in the Peruta decision.

Justice Antonin Scalia concluded the Heller majority opinion with a timely reminder, saying that, “the enshrinement of constitutional rights necessarily takes certain policy choices off the table.” (Would the Bee’s editorial board have argued against that principle in the context of the recent marriage cases? Surely not.) We are thankful for the Constitution’s forceful protection of civil rights even when those rights are exercised in a way that contradicts or contravenes our own views, such as the Bee’s use of its First Amendment right to speak in support of handgun licensing policies that should have been left behind in America’s unfortunately dark and racist past. The cost of living in a truly free society is no doubt high, but the alternative comes at a much higher price. As the Ninth Circuit’s now-Chief Judge Alex Kozinski once reasoned, losing the right to keep and bear arms “is a mistake a free people get to make only once.”

The Bee should be as ashamed of supporting the Attorney General’s efforts to undermine the Peruta decision as Ms. Harris should be of her efforts to hold on to California’s Jim Crow-style gun laws.

Brandon Combs is president of California Association of Federal Firearms Licensees, secretary and executive director of The Calguns Foundation, and managing director of the national Firearms Policy Coalition.