Southern California Republicans who believe in a limited role for state government, and maximizing freedom and liberty for the people should be VERY alarmed that at literally the last minute former GOP Assemblywoman Shirley Horton (“R” – San Diego) filed papers to run for the Third District Board of Equalization seat currently held by Michelle Steel (who is termed out). 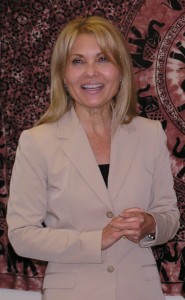 Former Assemblywoman Horton was the solitary "yes" vote from a Republican legislator for AB 32.

Not too long ago, conservatives faced a tough choice between two rock solid conservative votes in the legislature — Senator Mark Wyland and Assemblywoman Diane Harkey.  But recently Wyland dropped out of the race.

But Horton’s entry sets up a clear contrast between a fiscally conservative Republican in Harkey, and a “nanny state” big government Republican in Horton.

Here is Horton’s highest profile and most egregious vote pulled straight off her own Wikopedia page:  “In August 2006, Horton was the only Republican to vote for the landmark global warming legislation, AB 32, the California Global Warming Solutions Act of 2006.”

I had just started the FlashReport in late 2005 and I remember writing about my disbelief about that vote — AB 32 is the largest de facto tax increase and scheme to redistribute wealth by politicians in the history of California.  It was Arnold Schwarzenegger’s biggest failure from the perspective of conservatives.

I will have to do a “deep dive” on Horton’s voting record but I recall writing about her votes to legislature what kinds of lightbulbs we have to use, how much water can flow through our toilets and more.

Harkey will be a solid vote for taxpayers on the Board of Equalization.  Horton lacks the kind of commitment to limited government that is needed to be a consistent vote for liberty and freedom.

It’s worth a mention that conservative former Assemblyman Van Tran has filed, but he’s been running for a long time and his campaign has really had no activity.

(Some would argue that someone with Horton’s more ‘purple’ hue was needed to win a competitive Assembly seat in San Diego… Maybe.  But BOE District Three is a safe GOP seat.)