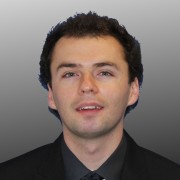 Yesterday, California Common Sense (CACS) released the most extensive analysis to date of unfunded retiree healthcare liabilities associated with California’s state and local governments, as well as its public education institutions. The report, “Surveying California’s Unfunded Retiree Healthcare Obligations,” assessed the financials of 690 “Other Post-Employment Benefit” (OPEB) plans statewide. It studied those for the State of California, 53 counties, 352 cities, the state trial court system, 282 school districts, and the University of California system. This survey found that the state of California and its constituents have $157.7 billion in accrued retiree healthcare liabilities, yet only $7.3 billion is allocated to offset the liability. This leaves $150.4 billion (95%) entirely unfunded.

Nationwide, massive unfunded retirement benefit liabilities have led to cuts in public services, and in the extreme cases, municipal bankruptcies. In recent years, retirement benefit plans have come under significant criticism for benefit increases, accounting gimmicks that hid true costs, and missed payments that resulted in the current public retirement benefit crisis. However, most of the scrutiny and urgency has been garnered by pensions. Despite their financial magnitude, the liabilities associated with other post-employment benefits (or OPEBs) have largely gone under the radar. OPEBs include any non-pension retirement benefit, but mainly include healthcare benefits. Typically when public employees retire, they receive these healthcare benefits for the rest of their lives or until they are eligible for Medicare.

Properly prefunding retirement benefits entails setting aside sufficient funds as employees work to pay their benefits when they are retired. While most state and local governments prefund pension benefits to some extent, prefunding OPEBs is much less common. Instead, they wait until an employee retires to begin paying for their benefits, transferring the payment from one generation to the next (called pay-as-you-go). In fact, 73% of the surveyed plans have no assets and amass large liabilities whose costs will grow considerably over the next several decades.

Ignoring the growing costs associated with lifelong retiree health plans is particularly acute in the state of California. This neglect has serious consequences: (1) It is more expensive than prefunding over the long-term and shifts costs to future generations, (2) It injects significant future risk into overall budgets and funding for public services, and (3) It jeopardizes the ability to provide those benefits in the future.

As Baby Boomers have begun to reach their 60’s, we have seen an upswing in the number of retirees accompanied by both longer predicted life spans and an overall increase in health costs. In short, more people are earning benefits for longer periods of time at higher costs. Since 2008, California’s OPEB costs have grown 42%.

Furthermore, retiree healthcare benefits generally do not share the same legal protections as pensions. The state constitution and case law heavily protects pension benefits, preventing their reduction for active employees and retirees – including those benefits employees have not yet earned. This protection is commonly known as the “California Rule”, although there is no clear “California Rule” that guarantees OPEBs. Because the state and local governments have set aside no assets for future benefits, some public employees and retirees could quite possibly have their benefits cut in severe fiscal circumstances. This is evidenced by the City of Stockton, which filed for bankruptcy in June 2012. Shortly afterwards, it cleared its $540 million in unfunded OPEB liability by eliminating nearly all of its retiree healthcare benefits.

While unfunded pension liabilities have garnered substantial media and public attention in recent years, retiree healthcare has quietly consumed growing shares of our local, state, and school budgets. The scary part is that though California governments have promised retirees these benefits for life, they have set aside absolutely no assets to meet those huge future obligations, leaving those benefits unsecured and risking their own financial sustainability.

Adam Tatum is the Research Director of California Common Sense (CACS), which is a non-partisan non-profit founded by Stanford students and alumni to open government to the public, develop data-driven policy analysis, and educate citizens about how their governments work.