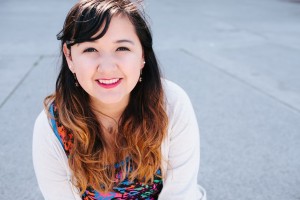 With budget cuts and tuition increases in the University of California system over the past several years, students have made significant sacrifices. One sacrifice they should not have to make is the quality of their education. But consider my experience at UC Berkeley.

In my final semester in spring 2013 I took a class taught by Robert Reich, former U.S. Secretary of Labor. I majored in political economy and thought his class would be a good fit. Even if I didn’t agree with his political ideologies, I thought Reich would provide insight on policy issues from his days working with President Clinton. But the celebrity professor didn’t deliver.

In an auditorium that holds 800 students it was nearly impossible to find a seat unless you arrived early. The classroom consisted of several hundred enrolled students but also many outsiders not affiliated with the university. On several occasions, I walked into class with all the seats filled, folding camping chairs set up in the back, and the aisles crowded with students. Paying students who are taking the course for academic credit should not be forced to sit in the aisles.

I understand that Reich wants to reach students of varying majors and class-years as well as outside community members. But in his attempt to make the course accessible to a large audience it became superficial. The majority of the reading list consisted of op-ed articles from mainstream outlets such as the New York Times and Washington Post.

While some professors use op-eds as supplementary material, I had never taken a course with so few academic readings. Reich is an excellent speaker. He tells fascinating stories, like how he introduced Hillary to Bill. But his anecdotal approach sacrifices academic rigor.

Reich spends the majority of his time discussing rising income inequality, an important topic. He even made a film about it titled Inequality for All. The documentary features many of the same themes discussed in class. Reich’s spring 2012 class even made an appearance in his film when a crew was brought in to take clips from his lectures.

Reich uses his class as material for his own personal endeavors as well as to preach to outsiders allowed in the lecture hall. His Wealth and Poverty course is more about self-promotion and advertising his next project than about educating students.

I’ve taken plenty of courses from contrarian professors and my disagreement is not with Reich’s politics. But the University of California, Berkeley, a prestigious institution praised for academic excellence should not be paying Robert Reich $240,000 a year to stand on his soapbox and not provide students the same quality of instruction as other professors. This is especially wrong when students have made important sacrifices.

A more honest approach would be for Reich to tour universities across the country and provide one lecture every semester. Students would derive the same benefit from one lecture as I did from his 15-week course.

Adriana N. Vazquez is a policy research assistant at The Independent Institute (www.independent.org) in Oakland, California. She earned a BA in political economy from the University of California, Berkeley. Contact her at http://vazquezadriana.wordpress.com/.