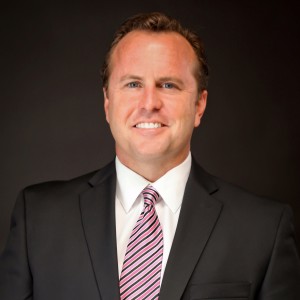 I have represented physicians, medical groups and Ambulatory Surgical Centers in matters of corporate, general business and regulatory compliance for the past ten years of my 17-year legal career. I understand medicine, and I know that California’s excessive regulation diverts resources from patient care.

This 2014 election is a war between physicians on one hand, and the double-headed Orthrus of the plaintiffs’ Bar and Attorney General Kamala Harris on the other. Harris has enabled a ballot initiative which would repeal the Medical Injury Compensation Reform Act (“MICRA”) and thereby increase malpractice damages which may be recovered from doctors, hospitals, nurses, community clinics, firefighters, EMTs and other health workers. However, the repeal of MICRA is deceptively buried under the issue of “substance abuse.”

MICRA was passed in 1978 to solve a litigation-induced crisis in malpractice insurance. All subsequent efforts to modify the law have failed—because the law reduces healthcare costs. No fewer than 28 other states followed California’s example by limiting non-economic damage awards. MICRA fairly compensates patients who are injured during medical care.

According to Dr. Paul R. Phinney, former President of the California Medical Association (“CMA”), “Total awards, the sum of economic and noneconomic damages, have significantly outpaced inflation in our state, so that injured patients today actually receive higher awards than in past years. What trial lawyers aren’t saying is that their payouts have also increased significantly,”

Kamala Harris has repeatedly abused her powers as Attorney General to mislead voters on ballot initiatives, destroying the measures she disfavors, such as pension reform. She shamelessly misuses her authority to lay the foundation for her 2018 campaign for Governor—trial attorneys fund campaigns. Medical doctors are only the latest victims of Harris’s political manipulation of Californians’ Constitutional rights of direct democracy.

Harris cloaks the “Troy and Alana Pack Patient Safety Act” under this summary:

Requires drug and alcohol testing of doctors and reporting of positive test to the California Medical Board. Requires Board to suspend doctor pending investigation of positive test and take disciplinary action if doctor was impaired while on duty. Requires doctors to report any other doctor suspected of drug or alcohol impairment or medical negligence. Requires health care practitioners to consult state prescription drug history database before prescribing certain controlled substances. Increases $250,000 cap on pain and suffering damages in medical negligence lawsuits to account for inflation.

Voters are left with a false choice: opposing the initiative suggests they reject drug-testing and requiring a query of patients’ existing prescriptions prior to prescribing controlled medications. According to the American College of Emergency Physicians: “Make no mistake, this is about rolling back MICRA….”

Just last year, CMA President Phinney wrote “Legislation this year or a ballot measure in 2014 were floated in the media by trial lawyers, yet nothing has shown up publicly, which shows this is the same posturing trial lawyers have been doing for decades.” The repeal of MICRA is underway but it does not “show up publicly.” Instead, deceptive trial attorneys and a complicit Attorney General seek to repeal MICRA through a deceptive ballot initiative.

The U-T San Diego editorial board concluded “Attorney General Kamala Harris intentionally deceived ballot signers by highlighting one of the fig leaves that trial lawyers attached to the measure to hide their real intent.”

However, the Pack MICRA-Repeal Act does not require physicians to enter any information about the drugs they prescribe into the database. Thus, doctors would be required to search and rely upon a database which might have no record of the prescriptions other doctors have written. This bears all the wisdom of checking the mechanics of a car without opening the hood.

The initiative would increase exponentially the number of malpractice lawsuits, raising insurance premiums, reducing the services offered by doctors, driving doctors out of California or into retirement. The Pack MICRA-Repeal Act would reduce Californians’ access to healthcare.

Rather than engage in the changing needs of California and its citizens, Attorney General candidate Phil Wyman freely makes inappropriate statements that reflect his rigid agenda—one which is far out of touch with Californians. Wyman’s positions demonstrate his failure to separate his personal opinions from objective, intelligent leadership needed to mount a credible challenge to Kamala Harris.

California’s regulatory and litigation environment has strangled small business for decades. Let’s not add medical care of to California’s list of casualties.

The time has come to elect an Attorney General who is not a politician, but instead knows the law and its real impact on families and doctors.

David King is a Republican candidate for California Attorney General, a former auditor-CPA, an attorney with 17 years of experience in the public and private sector.