The 2014 Election: Why I Was & Still Am Against The Top 2/Open Primary 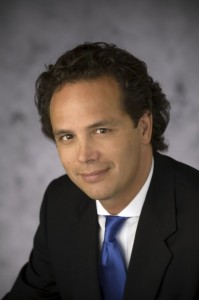 The results are almost all in – and the 2014 primary results are exactly why I fought against Prop 14 when I was Chairman of the California Republican Party. The new format pits just the Top 2 finishers in each race on the Fall ballot. As a result, voters will have less choices and hear less discussion because of the Top 2 format – with no discernable gain.

Governor Arnold Schwarzenegger and then Senator Abel Maldonado sold Prop 14 to the California voters. They claimed it was an answer to gridlock in Sacramento that would produce more moderate candidates. In practice, that is not true. Instead, Prop 14 means that only 2 people will be on the Fall ballot for each race – except in those 18 Assembly and Senate races that drew no opponent – with no reduction in gridlock.

I fought against Prop 14 for 4 reasons: (1) the disenfranchisement of 3rd parties, (2) less voter choice, (3) less political discussion, and also (4) because it would benefit incumbents and well-funded candidates and thereby require more money be brought into the process.

1. Disenfranchisement of 3rd Parties. Many of us were against Prop 14 because we knew it created an impossible hurdle for 3rd parties to climb to get their candidates on the ballot in the Fall. Finishing in the Top 2 would be a difficult task for them under the best of circumstances. We were right. There will be zero 3rd party candidates on the ballot this Fall for the Assembly, Senate and Constitutional offices. ZERO.

Under what type of regime should 3rd parties be silenced?

We had a near constitutional crisis in the year 2000 over 35,000 chads. Today, hundreds of thousands of 3rd party members will have no candidate on the ballot this Fall. That is wrong and I hope they use these results to sue to overturn Prop 14. I will be glad to help as the former Chair of a party that was once a 3rd party in the 1850s.

2. Less Choice. Beyond eliminating 3rd party candidates, many California voters will have the choice of only one party for many races. Indeed, 35 of the 100 Senate and Assembly races will have but one party on the ballot. Proponents of Prop 14 say that will force the parties in those races to reach out to more voters. That won’t happen to any significant degree.

In truth, California is becoming more balkanized over time and Prop 14 will only exacerbate that. Across the nation, states are becoming more blue and others more red as people seek to live with like-minded individuals. For reference, look at the work of Joel Kotkin, Art Laffer & Stephen Moore, as well as the book The Big Sort by Bill Bishop.
Here in California, the same has occurred with in the state in addition to those that have left the state. Think of the people that left LA for Riverside or San Francisco for the East Bay and beyond. The result has been a generally blue coast and a red inland. Lack of choices on the ballot will provide even more people with the incentive to move.

3. Less Discussion. By having so many one-party races, the scope of the political discussion is necessarily reduced. That is self-evident. A Democrat campaigning against a Democrat provides less of a contrast than if he was debating a Republican or a Green Party member.

Under what type of regime does less political discussion produce a healthier democracy?

4. Benefitting Incumbents and Big Money. The last reason I was against Prop 14 was that the empirical evidence demonstrated that incumbents did better under the Top 2 open primary format in the states where it was already in place. Why? In part because the open primary results in a broader pool of voters to reach and that requires more money and incumbents generally can raise more money than their challengers.

In the long term, all of the above means that there will be more incumbent winners in California. I did NOT then nor can I now favor such a system.

But wait! We will get more moderate candidates the proponents say!

1. We should not be social engineering our election system to choose a particular style of candidate.

2. Even if that was categorically desirable (which it is not), no one should have the right to silence voters or reduce choice to get that result.

3. Where are the results worthy of such Thought Police notions? What race owes a moderate candidate who comprised on taxes or the budget vote because of Prop 14 and/or would have voted differently under the old system? In fact, the red/blue sorting counterbalances any hope of such claims.

In short, Prop 14 is a failure and I look forward to the fight to repeal or overturn Prop 14.