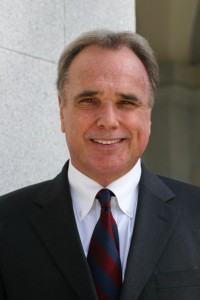 These days, it’s hard to talk about Sacramento without bringing up the ethics challenges confronting the State Senate. Criminal charges that include everything from perjury to bribery to influence peddling have been leveled against three Democratic members of this body. Faced with those facts, facts that have triggered their indefinite suspensions, legislators on both sides are busy figuring out what steps to take in response.

Throughout all of this, however, one thing has been crystal clear: it is not enough for the state Senate to simply suspend its three alleged bad actors and be done with it. As lawmakers, both in the Senate and Assembly, we have a duty to assure the public that we, as a legislative body, can react swiftly and responsibly to help keep such acts from happening again.

Now, many of the solutions offered by our friends across the aisle are not bad first steps to take. Rule changes, though, like whistleblower protection for Capitol staff and limiting fundraising for senators during the busiest time of the legislative year can only go so far. And therein lies the problem: Californians know the difference between window dressing and substance.

To this end, Senate Republicans recently announced Senate Bill 1379 to better get at the heart of the alleged actions that broke the law and violated the public’s trust.

As a Republican, I believe to restore the credibility of the Legislature we must hold ourselves to a higher standard. Therefore, Senate Bill 1379 would double the sentences and restitution fines for bribery committed by a legislator. This is as it should be. With the great power of public office comes the great responsibility to serve the people who elected us. There is no larger violation of that trust than by taking or soliciting bribes from those who would corrupt our system of government.

George Washington once said, “The people must remain ever vigilant against tyrants masquerading as public servants.” By increasing the criminal penalties for these actions – and taking a zero tolerance approach to the problem – we send a message to Californians that elected officials are serious about holding ourselves accountable.

Little can be done to deter the behavior of elected officials intent on breaking the law in the first place, but we can at least strengthen the laws that punish them for breaching the confidence of the people.

Republican ethics reforms also include removing a loophole in campaign finance laws that allows indicted lawmakers to tap into their campaign war chests in order to mount a legal defense against their criminal charges. That practice is simply wrong and must be outlawed.

Yes, donating to a candidate’s campaign is a private decision. Still, citizens should have peace of mind that their hard-earned dollars are only being used to champion the cause they intended it for.

Additionally, we’re looking to outlaw the practice of candidates who funnel campaign contributions into their family finances by hiring family members to “manage” their campaign funds. This type of practice simply invites abuse. We can run our political system better without it.

While some see the solution as simply making it easier to remove errant lawmakers from office, Republicans believe we should also limit the opportunities for candidates and elected officials to get into trouble in the first place. Our proposals avoid temptation and the “gray areas” that lead down the path of corruption.

The Democrats’ reforms seem to only dance around the problems facing our institution. Sometimes due to human nature, tough laws are required to restrain a person’s bad behavior. Our proposal does this. By passing our measure into law, we will protect the citizens we were sent here to represent.