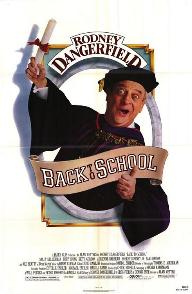 The plaintiffs in the Vergara vs. the State of California case, nine California public school children, argued they were directly harmed and deprived of a quality of education by the state statute that forces schools and districts to pink-slip good teachers, and retain ineffective teachers, because of tenure.

But most telling in Treu’s ruling was his outing of the teacher tenure rules — a practice which could only be describes as “stacking the deck.”

Treu found that new teachers, evaluated at the end of a two-year induction and training period, receive a recommendation about whether they should be allowed to continue to teach. However, teacher tenure becomes effective in less than two years, and the way the the tenure rule is written, the effective date is just prior to the new-teacher evaluation.

The deck was stacked, but unions lose — and school kids win

The state was the chief defendant in the case, together with California’s two largest teacher unions, the California Teachers Association, and the California Federation of Teachers. Known for forceful political influence, the CTA and CFT claimed the case was really an attempt to break up the powerful unions.

Yet plaintiffs argued the equal protection case was only aimed at eliminating several laws governing tenure, seniority and dismissal rules, which keep ineffective and bad teachers in the classroom.

“Evidence has been elicited in this trial of the specific effect of grossly ineffective teachers on students,” Judge Rolf Treu said. “The evidence is compelling. Indeed, it shocks the conscious.”

Treu wrote that he found “no dispute that there are a significant number of grossly ineffective teachers currently active in California classrooms,” but the convoluted system protects bad or ineffective teachers by making it untenable for districts to terminate the estimated 1 to 3 percent worst teachers.

The teacher dismissal process is deliberately cumbersome, and allows teachers multiple appeals. Judge Treu acknowledged it can take two to ten years, and $4,000 to $450,000 to dismiss a teacher.

Treu blasted California’s “last-in, first-out” statute which gives top priority during layoffs to ineffective teachers if they have seniority, while younger, newer, good teachers with fewer years experience are sent packing. The judge referred to “last-in, first-out”  as a “lose-lose” situation, and called it “unfathomable.”

The judge found in many cases the teacher dismissal process is tedious, long and expensive. And because teachers have more protections against wrongful termination than other state employees, most are not ever terminated. And, the judge noted many bad teachers are allowed to stay in the classroom, and disproportionately so in low-income districts with a majority of minority students.

The ruling is a significant loss for teacher’s labor unions.  The attorneys who represented the nine K-12 students argued that state laws governing teacher tenure, as well as the strange and convoluted dismissal process, which does not actually end in many bad teacher terminations, hurts students. The judge found that the job protections and benefits to teachers outweighs students’ constitutional rights to a fair, equitable, and quality public education.

The preliminary ruling could be a signal of sweeping change throughout California as well as the entire country, and states with similar union-favored rules and statutes.

Judge Treu indicated very clearly in his decision that teachers have absurd job protections and policies, making it nearly impossible to dismiss those who have performed poorly, or have other employment and legal issues.

If Treu’s ruling stands, California will be faced with creating new teacher employment rules, as well as new hiring and termination practices for teachers.

The ruling will undoubtedly propel parents across the country to demand the teacher tenure and dismissal processes be overturned.

What is so sad, is it should never have come to this. Teachers unions, in symphony with complicit lawmakers, ushered in decades of  convoluted laws and statutes, designed to protect teachers, and not students. It is a violation of students’ rights to a fair, equitable, and quality public education.

Yet these brave students and their parents took on the state government and powerful teachers unions, to overturn the laws which have trapped many students in classrooms with lousy teachers. I’ll just bet all of the really good teachers are celebrating along with students and parents today.

The link to Judge Treu’s ruling is HERE