Much is written daily about the turmoil throughout the United States, and wars around the world. When the headlines of these stories are put together, the story is diabolical and dangerous; it would appear the U.S. has made a Faustian bargain, and is even under siege – from within. 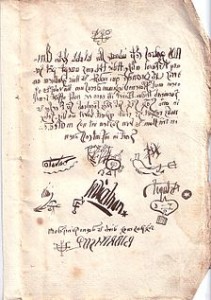 Each of these stories individually delves into the horrors taking place somewhere in the U.S. or on foreign soil. The list of news headlines from the last two days, none of which were in my local newspaper, tells a more complete horror story.

C.S. Lewis warned us in the forward of The Screwtape Letters:

“The greatest evil is not now done in those sordid ‘dens of crime’ that Dickens loved to paint. It is not done even in concentration camps and labour camps. In those we see its final result. But it is conceived and ordered (moved, seconded, carried, and minuted) in clean, carpeted, warmed, and well-lighted offices, by quiet men with white collars and cut fingernails and smooth-shaven cheeks who do not need to raise their voice. Hence, naturally enough, my symbol for Hell is something like the bureaucracy of a police state or the offices of a thoroughly nasty business concern.”

This is the headline compilation with California headlines: 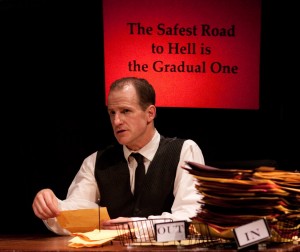 California has made its own Faustian deal. With more than half a trillion in pension and health care debt looming, and no planning to pay it, Gov. Jerry Brown and the state’s Democrats continue to make unholy deals with labor union leadership, while telling Californians we have a surplus, and all is well. “California is back,” the governor recently said. One could almost see Screwtape standing next to Brown, dressed in a suit, looking like a close advisor.

There is war in Iraq, Afghanistan, and war in the Ukraine. A Sunday headline read, “The Men Who Sealed Iraq’s Disaster With a Handshake: Obama’s rush for the exit and Maliki’s autocratic rule ensured that much hard-won progress would not last.”

And in the face of horrible and horrific news about the anti-American direction the U.S. is heading under the Obama administration, my favorite weekend headline read: “SHOCKING DISCOVERY: Tea Party Movement Full Of Educated People.”

In America, university professors are being fired for challenging global warming, with other professors calling climate change skeptics to be jailed.

The Wall Street Journal reported “Democratic Senators lash out at George Will for spoiling their campus sexual assault narrative.”

Put these headlines together, and there is bloodshed, battle and strife, always involving American leadership. Within our own government, there is corruption and double-dealing, by shady, unethical, unscrupulous people.

We must pay attention to warnings from leaders, philosophers and historians from the past. For all of Gov. Jerry Brown’s carefully dropped Latin words, we need to heed this more relevant, and suitable advice:

“A nation can survive its fools, and even the ambitious. But it cannot survive treason from within. An enemy at the gates is less formidable, for he is known and carries his banner openly. But the traitor moves amongst those within the gate freely, his sly whispers rustling through all the alleys, heard in the very halls of government itself. For the traitor appears not a traitor; he speaks in accents familiar to his victims, and he wears their face and their arguments, he appeals to the baseness that lies deep in the hearts of all men. He rots the soul of a nation, he works secretly and unknown in the night to undermine the pillars of the city, he infects the body politic so that it can no longer resist. A murderer is less to fear. The traitor is the plague.” — Marcus Tullius Cicero