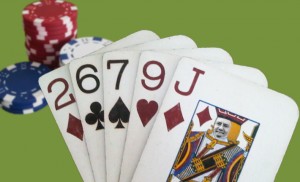 Caifornians are being dealt a bad hand.

The appetite of liberal or corrupt politicians to suck money out of the private economy, by virtually any means possible, so that they can redistribute it to those persons or causes they favor, is voracious.

This never ending “hunger” to spend, as Nobel-Prize-Winning economist Arthur Laffer refers to it, OPM — which stands for “other people’s money” has led to a generation of terrible laws and regulations being promulgated by governments at every level.

The latest entry into this is a proposal before the California legislature to grant certain favored interests the privilege to operate online poker sites on the internet.  In return, of course, these “lucky few” interests pay for their new exclusive franchise through two routes — the first is that state government becomes, in essence, their business partner, taking a percentage of the profits presumably straight into the general fund.  Perhaps more ironic is the pay-for-play side of the equation, where these “lucky few” maintain and enhance the quality of life of their politician-patrons with direct campaign contributions, donations to their favorite political and other causes, and let’s not forget chipping into non-profits that fund “fact finding” junkets to tropical locales.

The government asserts it’s “right to regulate” to lay down the marker, making it clear to all that in a given area of someone’s life that the freedom that was supposed to be their birthright as Americans actually has very limited application.  Silly citizens.  In area after area we find the coercive force of government being used to tell people that what they thought was a right is actually a privilege, which conveniently people will be granted, as long as there is a “piece of the action” for government.  It’s very distasteful — and emblematic of a culture of corruption that permeates politics today.

Let’s be clear — Americans are born with the right to life, liberty and property.  The notion that the government has the right to tell people how they must spend (or not spend) the fruits of their own labor is totalitarianism at its worst.  Gambling with your money, on the lottery, a casino, or on your iPhone, or even in a pick up game with buddies, is a perilous path to take.  But it is your choice.  Unless you are skilled and/or lucky at gambling, you could lose some or all that you put at risk!

Not that many in the California legislature care about freedom, but to the extent that some do, this proposal leaves the people with a bad hand. 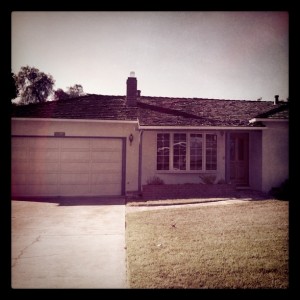 Steve Jobs co-built the first Apple in his parent's garage.

The “deal” being kicked around now would grant the government’s favor to a small exclusive group of interests to have the sole “right” to host a website that allows Californians to play poker online. If you happen to already have a government licensed card room, or be a Native American Tribe that has entered into a gambling compact with the state — then this bill is great for you.  But if you are the Bill Gates or the Steve Wozniak or Steve Jobs of this generation — the motivated entrepreneur — you are out of luck.  You see the government doesn’t just want to partner-for-profit with your competition, but they literally will ban you from competing at all!  This bill is just one more example of state government picking winners and losers – something that happens all too often.

Having heard many perspectives on the issue of gambling (whether in person or online), there are troubling, negative aspects to it.  It is documented that organized crime syndicates, criminal gangs, and even terrorists and those that finance acts of terrorism use gambling and its institutions to move money around the watchful eyes of those legitimately charged with keeping us safe.  Also the addictive nature of gambling for some is a serious problem, as is gambling engaged in by children.

I could see where some level of regulation might be appropriate, if limited in scope.  But this legislation seeks to literally flip the American Constitution on its head — and instead of providing a pathway for all who would seek to venture into this kind of business to do so, mindful of community interests, it is a racket — a rigged system.  A legalized monopoly for the well connected.

On a closing note, you can toss aside all of the “rosy” projections that this scheme will allegedly bring into state coffers untold riches.  That doesn’t pan out in other states where Internet poker revenues are less than anticipated.  Maybe because trying to impose monopolies on the internet, the ultimate free marketplace, is a dubious path on which to proceed in the first place.