[Publisher’s Note:  We are pleased to offer this original commentary from Matt Peterson of Americans for Tax Reform – Flash] 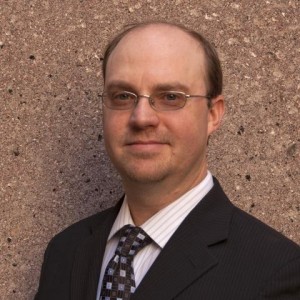 My how the tables have turned.

In California, the legendary Cesar Chavez helped to form the United Farm Workers (UFW) in 1962 to help protect the rights of workers laboring in America’s agricultural community.

Today, the organization Chavez founded has become the oppressor of workers, actively seeking to suppress their rights and shut out their voices in pursuit of their own political power:  Workers at a farm in the Central Valley are being forced into an organization they do not wish to join — the United Farm Workers.

How did it come to this?

In 1990 the UFW won an election at Gerawan Farming, Inc., a grower of peaches, apricots and other tree fruits in the Fresno area. The election was certified in 1992, but then something strange happened: After an initial negotiating session in 1995, the union disappeared. No contract was finalized. No dues were collected. No communication was heard from the union of any kind — for years.

Suddenly in 2012 the UFW returned, colluding with the California Agricultural Labor Relations Board (ALRB) to force a contract on Gerawan and its employees.

But the UFW ran into a little snag — the laborers themselves, most of whom were too young to have voted in the original union election more than two decades earlier, and who see no need for a union.

Can you blame them? Gerawan already pays wages higher than average for their industry.  Sure the union promises higher pay still, but those gains would be completely erased by the 3 percent dues the union would forcibly extract from workers’ paychecks (this is the same union, mind you, that did nothing for these workers for over 20 years).

The workers decided the only solution was to decertify the union, and collected signatures to petition the ALRB to do just that.  The Board, unsurprisingly given its pro-union bias, refused. The workers tried again, gathering more signatures. At last, the Board relented and a decertification election was held November of last year.

So what was the outcome? Does the UFW have enough support among the current workforce at the farm to legally collectively bargain for them?

Alas, we don’t know. The ballots were cast, but have yet to be counted. They sit today in a safe at the Board’s headquarters. Labor authorities refuse to show them to the world, claiming suspicions of irregularities in the election procedure, which have yet to be resolved.

In the mean time, the Board mandated that Gerawan bargain with the union, essentially forcing the workers onto the union roles.

The union’s motivations are clear —a once-powerful force boasting over 50,000 dues paying members, the UFW has lost decertification elections time and time again over the last several decades.  Farm workers have decided en masse that the union does little to justify its outrageous dues.
Today the UFW claims merely 5,000 members; if they successfully organize Gerawan they will have instantly doubled their membership.

So the union needs the workers, but do the workers need the union?  Does the UFW really respect farm workers? If so, they should ask the Board to count the ballots and respect the results, whatever it may be. And if union bosses are really confident that the workers value their services and want a union to bargain for them, then they need not fear the ballots currently behind lock and key.

Clearly the union does fear those ballots. What does that tell you?