Does a salary increase of 17.6 percent translate into 17.6 percent better job performance? Chances are, it does not.

Only 10 days later, the newly elected president of Los Angeles Unified School District’s teachers union, United Teachers Los Angeles, announced a demand for a 17.6 percent teacher pay raise. And Alex Caputo-Pearl, the new union president, is willing to strike until they get the raise, the Los Angeles Register reported. “We may have to strike. This district is not moving on fundamental things that kids and educators need,” Caputo-Pearl said. “Our employees have been treated like doormats over the past few years. This is not a negotiation ploy.”

In May, the district offered an “insulting” 2 percent lump sum increase, and another 2 percent increase for the upcoming school year. The offer was insulting to Caputo-Pearl.

A 2 percent lump sum increase is big, in the total $6.64 billion LAUSD budget.

But a raise for teachers doesn’t necessarily translate to better results for students. How is spending another $450 million dollars help anyone but teachers union members? How is boosting teacher’s salaries by 17.6 percent going to help students?

This is a pipe dream — many school districts in the state already refuse to allow student test scores to be used in performance evaluations of teachers.

No Yawning When I Explain “Local Control Funding Formula” 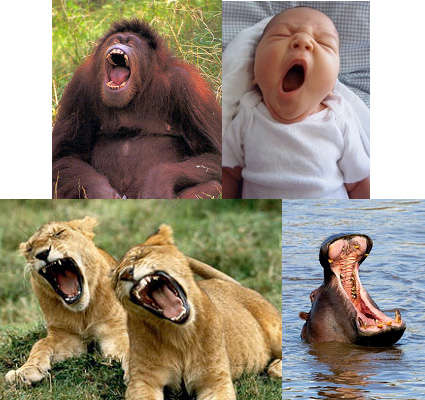 While “Local Control Funding Formula” might make you yawn, resist the urge. This is how government works, and why you need to  continue reading.

At least we now know where the money will come from for the more than 50,000 LAUSD employee raises. The LAUSD budget will increase by $838 million — ostensibly spending increases on low-income, English learners, or children in foster care.

Only a couple of years ago, LAUSD was running budgetary deficits of hundreds of millions of dollars. Today, it’s handing out raises as if the behemoth school district is printing its own cash in printing class.

In 2013, the Legislature passed a landmark law that gives school districts more dollars for “disadvantaged students.” Known as the Local Control Funding Formula, it directs billions of additional dollars to school districts based on the number of poor students, English learners, and children in foster care in each district.  The plan would add additional funding where this particular student population exceeds 55 percent of all the students in a district. Of the six million K-12 students more than ¼ are English Learners.

This Local Control Funding Formula, which also takes existing funding from suburban districts, assumes that billions of extra dollars will dramatically boost performance between students because they are poor, are English learners, or are in foster care.

Many education reformers warned that this redistribution of funding, and funding increases, would not make it to the classrooms, and instead would all go to teacher’s salaries. It appears they were right.

The Los Angeles Board of Education recently passed a $6.64 billion budget for the LAUSD – up from $6.2 billion last year — in anticipation of extra state funding for low-income students.

With this funding boost, Los Angeles schools are expected to double the number of new teachers to 1,200, add librarians, nurses and counselors, reduce class sizes, increase tutoring and improve parent education efforts, according to the Los Angeles Times.

The additional boost in funding comes from voter passage of Proposition 30, a “temporary” tax increase, which hiked income tax on upper-middle income earners, and above, and upped the sales tax on everybody in the state.

Local control is of education is good. But that is not what is happening — it’s just called that.

No choices for parents

What happens when parents of LAUSD students see their children failing, and realize the increase in spending isn’t going to kids’ classrooms? These parents need local options and choices, but have none. And they have no control either.

The key language removed from the bill said:

(b)State tax relief for education can help empower and engage low- and middle-income families in personally caring for their own school children’s learning needs, which they know most intimately.

(a)For each taxable year beginning on or after January 1, 2014, and before January 1, 2019, there shall be allowed as a credit against the “net tax,” as defined in Section 17039, the qualified amount that was paid or incurred for qualified education-related expenses for one or more dependent children by a qualified parent or guardian during the taxable year.

Parents with incomes at or below 200 percent of the eligibility guidelines for the federal free-or-reduced-lunch program would have been eligible for a $500 tax credit, which would have helped them with a variety of expenses, including tuition. For low-income parents who wanted to send their child to a private Catholic elementary school, SB 693 would have greatly helped them pay the tuition.