The California Legislature’s latest attempt to saddle consumers into paying extra for plastic bags at the grocery store is facing formidable opposition. 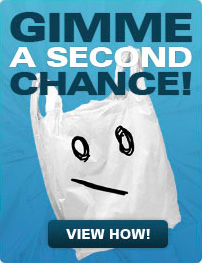 Ironically, SB 270 bans the currently used recyclable plastic bags and replaces them with heavier plastic bags, five times thicker. It is unclear in this legislation how a significantly thicker plastic bag is better for the environment.

This is faux environmentalism, and it hurts one of the few remaining manufacturing industries left in the state.

“SB 270 is perhaps the most flawed and intentionally misleading bill currently in front of the California legislature,” Lee Califf said in a press statement. Califf is the Executive Director of the American Progressive Bag Alliance. “We are running these new ads to encourage Californians to call their legislators in opposition to a bill that will kill manufacturing jobs and scam consumers so grocers can collect billions in bag fees from their customers, without providing any public benefit.”

Plastic bags are not made of imported oil; they are made of ethane, which is a waste product extracted from domestically produced natural gas. If the ethane is not used to make plastic, it would need to be burned off, which would produce greenhouse gases. In addition to having many uses and being recyclable, plastic bags are an excellent use of a waste product.

Good for business? Which business?

$2 million dollars is a drop in the bucket to large manufacturing operations, and will do little or nothing to protect the plastic bag industry from this strange business change. This part of the bill was clearly written by people unfamiliar with business operations.

According to the press release, the first ad, “Clowns,” highlights the ridiculousness and environmental hypocrisy of SB 270.

The second ad, “Scam,” calls out SB 270 as a dirty deal between the bill’s supporters and the California Grocers Association, which has spent millions of dollars lobbying for bag ban bills because they will produce billions of dollars in new revenues for CGA’s members, the press statement said.

“Both ads reiterate the ‘money in, favors out’ culture of Sacramento politics and remind viewers that the bag fees they will have to pay under this legislation will not go to any public purpose, but are fully retained by grocers as revenue,” the press statement said. “The ads also emphasize the 2,000 California plastic bag manufacturing jobs that SB 270 threatens and urges viewers to contact their legislators and ask to them to vote ‘NO’ on the bill.”

The TV ads began airing in Sacramento Tuesday, August 5.  See them below.

The American Progressive Bag Alliance was founded in 2005 to represent the United States’ plastic bag manufacturing and recycling sector, employing 30,800 workers in 349 communities across the nation. APBA promotes the responsible use, reuse, recycling and disposal of plastic bags and advocates for American-made plastic products as the best environmental choice at check out—for both retailers and consumers.