Today marks the 13th anniversary of 9/11, and the rapid deterioration of several nations in the Middle East and North Africa has taken many Americans and our leaders by surprise.  Iraq, Syria and Libya have all seen terrorist groups spread their influence and grow in both military power and sophistication.  Yemen, Egypt and Nigeria each have a substantial Islamic terrorist presence.  North Korea possesses nuclear weapons while Iran continues to develop them together with the means of delivering them. 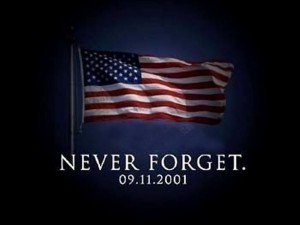 In the event of another large scale terrorist attack on the United States, it is the responsibility of state and local governments to deal most directly with the domestic consequences.

America was already under terrorist attack during the decade leading up to 9/11: the bombing of the World Trade Center in 1993, the bombing of the American embassies in Nairobi and Dar Es Salaam in 1998, the attack on the U.S.S. Cole in 2000, and the list goes on.  Yet it was only after those four planes crashed into sites in Virginia, New York and Pennsylvania did America seriously mobilize to meet this threat.

In an era of Electromagnetic Pulse (EMP) weapons that can destroy every piece of electronic equipment and the electric grid in a large area, and biological weapons that can be developed in even just about any pharmaceutical lab around the world, it doesn’t take a majority vote to kill – or threaten to kill – large numbers of Americans.  It only takes a handful, or a single, terrorist.

America invaded and took control of Afghanistan in the aftermath of 9/11 because the country provided a safe haven for Al Qaeda.  Now, the Islamic State (or ISIS) commands more territory, military hardware, and people than Al Qaeda ever did on its best day.  This month, 11 commercial jets went missing after Islamic terrorists seized control of the airport in Tripoli, Libya.  And hundreds of Americans and Europeans are in these theaters currently, having joined with the jihadists, and are learning the techniques used to commit unspeakable acts of violence.

Some have expressed concern that jihadists would choose to enter the United States though our porous border with Mexico.  But it’s far more likely that bad actors will enter the country through JFK or LAX.  Of special concern are the several hundred Westerners, and their passports, now participating in a version of terrorist training camp in Iraq and Syria.

American intelligence is good, but not perfect, in detecting would-be terrorists attempting to enter the country.  And it doesn’t help that Edward Snowden has been busy dumping the how-to manuals for U.S. surveillance techniques onto the internet for every U.S. adversary from Moscow to Pyongyang to see and develop countermeasures.

In advance of his 2012 re-election bid, President Obama claimed Al Qaeda was “on the run” and that American troops were leaving behind a “stable” Iraq.  Both claims have proven to be wishful thinking, and we must now deal with the potential consequences of a world that in many places has taken a turn into darkness.

During the 2003 Cedar Fire that engulfed my neighborhood, I witnessed first-hand how something as simple as a wildfire can cripple transportation corridors, leaving threatened residents with no way to escape.  In America, we build infrastructure for normal conditions.  But a terrorist attack creates abnormal conditions for which we are often unprepared, with potentially deadly consequences.

The world has become more dangerous, and it is time for a serious discussion of the additional steps we can take to ensure we are strong by being prepared, and this involves setting priorities.

It is more important today that we harden our electric grid against a potential EMP blast than to build a “high speed” train that few people want and even fewer will use.  Priority should be given to providing additional training to law enforcement to better respond to a terrorist attack over dreaming up more intrusive ways to issue tickets for minor traffic violations.

In Sacramento, passing bills concerning plastic bags, the color of toy guns and recognizing Compost Awareness Month might be quaint, but they reveal our state government is acting as if it is oblivious to the changing world around us.

Smart government anticipates risks and takes steps to mitigate those risks while being prepared for the worst.  In the event terrorists succeed in their stated goal of attacking the United States, state and local governments are our first responders.  It’s time to ensure we are ready for whatever comes our way.

Ron Nehring is the Republican candidate for Lt. Governor of California.  For more information visit RonNehring.com.