While the media is atwitter with the video of NFL player Ray Rice beating his then-girlfriend in a hotel elevator, they’ve completely ignored another chronically abusive public figure, whose words and behavior are as vile. 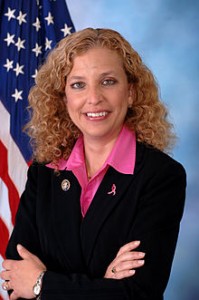 Democratic National Committee Chairwoman Debbie Wasserman Schultz, D-Fla., defamed Republican Wisconsin Gov. Scott Walker last week. But this is politics in 2014, and they can hold their own against each other, right?

Criticizing Walker’s record on women’s issues at a roundtable in Milwaukee last week for giving “women the back of his hand” after he signed a bill that prevents victims of employment discrimination from seeking punitive and compensatory damages in state courts, Wasserman Schultz took it even further with her domestic violence metaphor:

“What Republican tea party extremists like Scott Walker are doing is they are grabbing us by the hair and pulling us back. It is not going to happen on our watch.”

The next day she offered, “I shouldn’t have used the words I used.” While this was hardly a mea culpa, the stupidity of her comments, and lack of judgment, forced her recant her incredibly inappropriate statements.

The war on women is a fiction, but one that has been embraced by derisive Democrats who believe that the depths of stupidity in America have not yet been penetrated. They throw fuel on the fire of the war on women, and call attention to the mean conservatives who want to pull their hair, hurt them, and obviously enslave them.

Wasserman Schultz has been the Democratic Party’s most outrageous voice in recent history. She’s been at the heart of the ‘war on women’ propaganda campaign; there are no boundaries to what she’ll say, even when it depicts women violently.

Where are the feminists, and why are liberal politics exempt from criticism and decency? Not one mainstream feminist or womens’ group came out against Wasserman Schultz’s offensive attack on Scott Walker, or the domestic violence metaphors she chose to use.

Debbie Wasserman Schultz epitomizes identity politics, and in the most vile ways. Yet when she says something this careless and ignorant, it is painfully obvious that there is nothing to the entire “rape culture,” and “war on women,” that the Democrats want everyone to believe.

“The GOP has a woman problem,” Wasserman Schultz Tweeted out.

Giving “women the back of his hand” is metaphorically giving a contemptuous backhanded blow across the face, the way an abusive husband would hit his wife – or as a master would strike a servant.

A backhanded slap is about degradation and powerlessness, and meant to impose fear – metaphorically, or actually, as Wasserman Schultz apparently meant it. 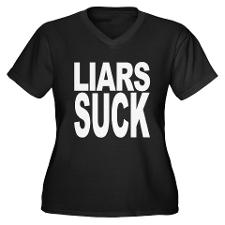 While dragging someone by their hair is violent, the left used the same tactic when they used to describe women as “barefoot and pregnant,” letting them believe they would not have access to an abortion if Republicans were in control.

Democrats playbook is so devoid of truth and facts, it’s come down to “Republicans will rape, beat and enslave you.” It is surprising more women are not disgusted by the cheapness of such attacks and react against it. Democrats deserve to be called out for their imbecilic strategies, and lose badly.

Democrats speak directly to the stupid women voters, who are convinced that Republicans have ruined their lives. They accuse Republicans of dreaming up ways to thwart their deserved entitlements and desires.

One merely needs to watch witless television shows like The View, and listen to Beyonce, and you will see what thinking, reasoning, rational conservatives are up against. It is a celebration of stupid, bitter women, who embrace the victim mentality.

Wasserman Schultz has a history of making the vilest statements. Following the Benghazi attack and murder of American Ambassador Chris Stevens, she said in a Tweet, “The GOP voted for this panel to motivate their base, not to strengthen security or help middle-class families.”

Wasserman Schultz, made nasty remarks about former Congressman Allen West, after he left the House floor in 2011:

“The gentleman from Florida, who represents thousands of Medicare beneficiaries, as do I, is supportive of this plan that would increase costs for Medicare beneficiaries, unbelievable from a Member from South Florida,” Wasserman Schultz said, saying the legislation “slashes Medicaid and critical investments essential to winning the future in favor of protecting tax breaks for Big Oil, millionaires, and companies who ship American jobs overseas.”

Debbie Wasserman Schultz has no problem lying in order to spin for the Democratic National Committee. She publicly refused to acknowledge the unemployment rate is higher today than it was when Obama took office.

She blamed the Tea Party for the Arizona shooting of Congresswoman Gabrielle Giffords.

In 2011 Wasserman Schultz said Republicans wanted to “drag us all the way back to Jim Crow laws and literally and very transparently block access to the polls to voters who are more likely to vote for Democratic candidates than Republican candidates.”

“The American people are tired of liars and people who pretend to be something they’re not.” ~ Hillary Clinton