Not Just a Plastic Bag Ban

[Publisher’s Note: We are very pleased to offer this original commentary from Laguna Niguel Mayor Robert Ming. Ming is a candidate running for Orange County Supervisor. He’s in a run-off against another candidate, Lisa Bartlett, who is a supporter of government-mandated plastic grocery store bans, having voted for one in Dana Point, where she serves on the City Council. You can find out more about Robert’s candidacy here. -Flash] 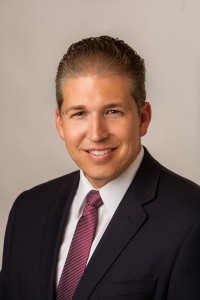 Governor Brown just made single-use plastic grocery bags a thing of the past in California, maybe. Opponents of the ban have already started collecting signatures for a referendum to overturn it. While several people close to me, my wife included, would love to give you an earful about paper vs. plastic, the law is troubling for a bigger reason. It illustrates one of California’s biggest problems: government regulates too much.

Saving our oceans from pollutants is a laudable goal, but implementing a statewide ban on plastic bags doesn’t solve the problem. In fact, it stops the process of finding real long term solutions we were already in the middle of.

People want the convenience of disposable bags, but they don’t want to pollute the environment. As usual in a free market, when the public demands something, the manufacturers respond. New products emerged. Biodegradable bags like the “doggie bags” commonly used in pet waste bag dispensers emerged. These bags dissolve in a matter of months, avoiding long term environmental damage. Reusable bags began to surface with dramatically improved quality and features. In a free market, using these products is a choice. To entice consumers, manufacturers had to bring down their cost and improve their quality. Competition drove innovation, and the market expanded and improved.

Now, consumers won’t choose a reusable bag because they want to, but because they have to. Manufacturers don’t need to improve disposable bags, because the market just shrank dramatically. The need to enhance and improve is gone. Regulation has dictated the consumer’s choice, and stifled the innovation that would have helped us improve.

Unfortunately, this problem is systemic in California. Too often, Sacramento sees a problem and immediately creates a new regulation or program to fix it, often making the problem worse. That is not my approach.

I believe that the solutions to our most challenging problems will come from private sector ingenuity. When we are inspired, we innovate.

This is one of the key differences between me and my opponent in my current campaign for Orange County Supervisor. My opponent voted to implement a plastic bag ban in her city, choosing to expand government regulation and intrude on people’s freedoms rather than find a way to prevent pollution that also inspired innovation and community involvement. Efforts to overturn the statewide ban will be ramping up over the next year and as supervisor, I’ll be a strong supporter of those efforts.

So what should we have done? Sacramento should have left the issue to the cities. Allow local councilmembers to show leadership by educating the public on ways to protect our environment from pollution. Bring students, non-profits, charities, civic organizations and the private sector together to police our beaches not only for plastic bags, but all the other forms of litter. Inspire consumers to demand quality alternatives and be willing to pay for them. Leadership means working toward solutions we can all be proud of, not using the heavy hand of government to take away freedom and stifle innovation while only partially addressing the problem.

It isn’t a question of whether or not to protect the environment– it is a question of how best to do it. I believe that free well-informed people and a competitive market that inspires innovation are exactly what we need, not more governmental regulations.

This election is not about plastic bags, it is about leadership. I suggest that voters should choose a leader with a track record of fighting for less regulation, greater freedom and personal responsibility while still providing solutions to our county’s biggest challenges.