Only ten months ago, I wrote a story about the California Schools chief who at that time announced he wanted to extend Proposition 30’s “temporary” taxes. Only one year into Proposition 30’s five-year life, Democratic State Superintendent of Public Instruction Tom Torlakson called for an extension of the 2012 ballot initiative.

Today, Torlakson has many Democrats lined up with him, pushing for the tax extension, essentially lying to the public.

The 2013 Brown budget plan blamed “economic uncertainty” as the result of “global economic developments that tempered investment” and “Hurricane Sandy.”

“’We need to renew Prop. 30,’ Torlakson, the state Superintendent of Public Instruction, said at a coffee meeting with local PTA leaders in a Sacramento home,” the Sacramento Bee reported in January.

Torlakson, a tool of the California Teachers Association labor union, is in the fight of his political life.

His challenger, Marshall Tuck, also a Democrat, is a first-time political candidate, an experienced charter schools president, and the school leader who led the turnaround of nearly 20 really tough Los Angeles Schools.

Tuck made it through the June Primary to face off with Torlakson next week in the November election, despite that the CTA-barraged Tuck with union-funded attacks during the June Primary. But Tuck survived quite nicely.

Marshall Tuck points out that the CTA is desperate, and has been shoveling money into Torlakson’s campaign.

The CTA is set to spend $10 million to try and take Tuck down – twice as much as they’ve ever spent. The CTA is funding attack ads, and telling some whopper lies about Tuck.

But the issue really is, Torlakson and the CTA are trying to keep the status quo, which finds California schools in 45th place in the nation.

Tuck says he’s not trying to break the unions; his attack is on the status quo. Organized labor in education is about its union members, and not about the students. The power is held by unions, and not by good teachers, or parents.

Tuck says he wants to change this. 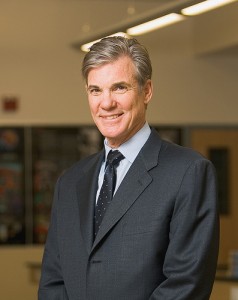 Despite the CTA’s fervor, every major newspaper in the state has endorsed Tuck.

What’s really interesting, is the script looks flipped – Torlakson looks like the challenger… until you navigate his website. Torlakson’s campaign website does not have anything about the issues in education today – it’s all about Tom Torlakson.

Tuck’s website is all about his plan, and the issues – how he’s turned around low-performing schools.

Tuck even has a group of teachers fighting for him: “Teachers for Tuck,” who are angry about the CTA spending their dues on the campaign attack ads. They are more concerned about how the system isn’t working for the kids.

Tuck says he’s not trying to bust the teachers union. But he points out charter schools’ work rules are different, with a focus on performance, rather than teacher’s job security.

Tuck says he is about performance policies, not seniority. “They get a lifetime job after 18 months,” Tuck said on a radio interview. “That doesn’t make sense for kids.”

Tuck is concerned that teacher credentialing programs in colleges are down. “Who wants a job where you can get laid off even if you are the best teacher, because of seniority,” he asked. “Years of service” rules guarantees mean some very good teachers are let go during budget crunches.

Despite the recent  Vergara vs. California ruling, which found five state statues governing teacher employment rules violate the California constitution by denying students access to a quality public education, no Democratic lawmakers have stepped up and said maybe that was a good ruling – good for the kids.

“At Green Dot Public Schools, we opened new charter schools in some of the city’s toughest, most neglected neighborhoods,” Tuck’s website says. “By refusing to accept failure and focusing on the fundamentals, our schools routinely sent three times as many kids to four-year universities as the neighboring public schools.”

Torlakson says he wants to expanding career training for teachers. Tuck says “there are kids going to California schools who can’t read and write.We know California can do better.”