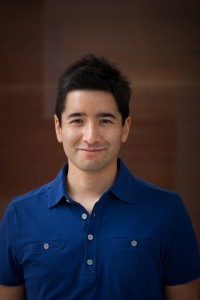 For the third election in a row, a Republican candidate has failed to win statewide office in California. Rather than bemoan party losses, it’s important to recognize important lessons that can be gained this election cycle. With proper planning for the future, the party can realistically secure statewide seats again by the end of the decade. The following are six key lessons I’ve learned as an elections analyst this November, following what worked and what didn’t among our statewide GOP slate of candidates.

Due Diligence Isn’t Voter Communication
Speaking before editorial boards and morning news stations, while important and necessary, is fundamentally different than direct voter contact. Newspapers and television news are read and watched by millions of non-voters and voters who won’t show up on Election Day. The more critical interviews that need to occur are with targeted voters – and that requires investing in direct mail and television ads. Ashley Swearengin and Pete Peterson earned an impressive stack of newspaper endorsements, but never raised enough money to communicate those achievements in a way that would make an impact on Election Day. Earned media can be integrated into campaigning, but is not a substitute for it.

Campaign Earlier & Accomplish Something
Twelve months is too short of a time to make a meaningful impression with tough, scrutinizing voters that are wary of politicians generally. California is a huge state, and we have a large dynamic electorate that is constantly growing and changing. Voters (and the media) need to know who you are before the context of an election. If there is an issue you’re passionate about, talk about it, and often. Roll up your sleeves and get involved in the future of the state. Demonstrate that you are more than a party label. Demonstrate an understanding of the complexities and nuances of governing a state. In California, that probably means some sort of meaningful statewide achievement or participation.

Consider that the one of the last Republicans to hold statewide office, Arnold Schwarzenegger, demonstrated his political prowess by taking a lead role in passing Prop. 49, an after-school program initiative, in November 2002. He toured the state up and down, collecting major endorsements and making speeches on behalf of the campaign. Later, while on the campaign trail for governor in 2003, he used Prop. 49 as a pivot point to show he can build bipartisan coalitions and pass meaningful legislation. His role in passing Prop. 49 effectively countered critiques that he was an empty suit with no track record.

Build credibility years before filing candidacy paperwork. The less time you spend introducing yourself to the public, the more control you hand your opponents and political cynics in framing who you are and what your campaign is about.

Attack with Competing Narratives
For the future of the party, negative attacks have to evolve beyond bomb throwing and wonkiness. The attacks I heard leveled on Democratic challengers ranged from brutally personal to nuanced critiques on policy minutiae. Blustering, particularly partisan blustering from Republicans, is largely ignored by the media and non-Republican voters. Detailed policy issues brought up in the course of the election, particularly for down-ticket races, registers largely as insider baseball. Think critically about who your audience really is, and the importance of persuading everyday Democratic and Independent voters who may not already agree with you.

Set up and frame a competing narrative about your opponent which is more salient to a broader electorate, the future of the state, and future election cycles. Identify a critique that has relevance beyond the context of the immediate election. Is your opponent too close to special interest groups, casting decisions in their favor rather than for the public? Is your opponent lacking openness and transparency needed to restore the public trust? Powerful narratives can have lasting, lingering effects, following the recipients in future elections, and through their term in office. Ultimately, GOP statewide candidates have to take a long-term approach to beating Democratic candidates.

Answer Critical Questions
Consider that, beyond voter registration woes, public perception isn’t kind to Republicans in California. In some parts of the state, where few Republicans are elected, Republicans are gross caricatures that frighten and anger voters. Public opinions have been shaped and hardened, making it more difficult to win in California with each passing year. Columnists and reporters can’t be blamed for assuming any Republican who attempts to run statewide will lose on Election Day. Part of your role as a nominee will be to articulate why your candidacy is viable and unique from all the prior cycles of failed candidates. That doesn’t mean you run away from your partisan registration – it means you have to walk through a skeptical public in answering some critical questions. “How are you different than prior Republican candidates?” “Why will the election results be different this time?” Candidates who do well in articulating sincere, on-point responses (Swearengin and Peterson) have gone on to earn ringing endorsements from powerful supporters.

Establish a Fundraising Bar
California is the largest, most expensive media market in the country, and competing here electorally requires appearing in mailboxes and TV screens. There’s no way around that reality. You will have to do it in order to win. Even the most qualified, exceptional candidates will lose on Election Day if they don’t raise significant cash.

While I haven’t seen anyone opine on actual figures, I would suspect that candidates would have to raise at least $1-3 million to even appear competitive in California. If you’re not comfortable with that, or are uninterested or unwilling to raise large sums of money, then running statewide is not a good fit for you, or the future of the party. While it is at the discretion of party leaders who they recruit for statewide office, this should be mentioned as part of their initial conversations with prospective candidates (if it isn’t already).

Stay Engaged
Regardless of the outcome on Election Day, please continue to stay engaged in statewide politics. Too many California Republican candidates have disappeared into obscurity after losing statewide. It’s a lost opportunity establish familiarity and name ID with voters. It also forces party leaders to begin another costly, time-consuming cycle of identifying and recruiting candidates for office. We still need your help to rebuild the party. Use your experience as a foundation to speak and act statewide on issues that matter to you. Voters reward candidates who can prove they are something different; for Republicans, the sky is the limit.

Vince Vasquez is the Senior Policy Analyst at the National University System Institute for Policy Research, a think-tank based in San Diego. Vince analyzes economic, demographic and political trends in California.