The Environmental Protection Agency and U.S. Department of Justice just ‘settled’ an historic lawsuit with Hyundai, Kia, et.al. over alleged Clean Air Act violations, based on the carmakers’ sale of vehicles that are anticipated to emit more greenhouse gas emissions than certified to the EPA. 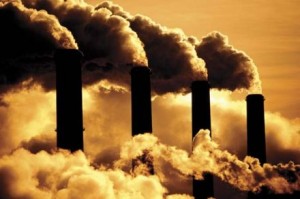 The EPA and DOJ are hitting the automakers with collective penalties valued at around $300 million for Clean Air Act violations including $100-million in civil penalties, the largest such fines in EPA history.

The $100 million civil fine got the attention of the California Air Resources Board, which joined in as a co-plaintiff in the settlement and will receive $6,343,400. The proposed consent decree is subject to a 30-day public comment period and court review and approval.

The California Air Resources Board — A Sovereign Nation

California’s Air Resources Board long ago ditched its mission “to promote and protect public health, welfare and ecological resources through the effective and efficient reduction of air pollutants, while recognizing and considering the effects on the state’s economy.

Since California’s global warming law, AB 32, was passed in 2006, unemployment soared in California to 12 percent, manufacturing lost more than 600,000 jobs, large and small companies fled to other states or permanently closed, and transportation and trucking jobs tanked because of oppressive diesel regulations, based on phony science.

Although the national economy has also been hit, California’s unemployment rate still stands higher than the national number. At this point in time, the very few green jobs actually created by green loan guarantees and green subsidies are already being dwarfed by real job losses in the coal and oil industries.

Generating electricity has been made more efficient because of inexpensive and abundant natural gas. The shale gas boom in the U.S. has left the world’s largest economy awash in the power source.

Ostensibly the CARB joined in to the Hyundai, Kia lawsuit settlement to mitigate future anticipated damage to the state’s air quality. But there is a deeper agenda; when a settlement such as this is reached, it essentially codifies into law what those settling outside of the legislative/regulatory process agree to — such as the “value” of carbon.

“Greenhouse gas emission laws protect the public from the dangers of climate change, and today’s action reinforces EPA’s commitment to see those laws through,” said EPA Administrator Gina McCarthy. “Businesses that play by the rules shouldn’t have to compete with those breaking the law. This settlement upholds the integrity of the nation’s fuel economy and greenhouse gas programs and supports all Americans who want to save fuel costs and reduce their environmental impact.”

Given that the ARB is faced with outrage over the “social cost of carbon,” it appears they just will take the settlement approach and avoid any real air pollution mitigation… otherwise known as a government shakedown.

“Climate scientists insist the United States cut emissions of CO2 and other greenhouse gases across the board, and hysterically say we are running out of time.

However, others say an increase in CO2 is a good sign: More carbon dioxide in the atmosphere should be applauded because it means that more people in developing nations gained access to energy, along with “all the life-improving benefits that go with it,” said Paul Knappenberger, associate director of the Center for the Study of Science at the libertarian Cato Institute, the Washington Times reported.

Any CO2 increase hasn’t resulted in an uptick in the global mean temperature, as former meteorologist Anthony Watts pointed out on the climate-change website Watts Up With That? Watts says there has been no warming on the earth’s surface for 19 years and no warming in the lower troposphere in nearly 18 years.

“In an apparent ‘sue and settle’ attempt to have the courts establish the value of carbon emissions (the settlement will have to be approved by the Courts and thus create a precedent, but avoids any actual trial where facts might be determined) EPA and CARB continue to ignore valid technical debate and the market itself,” said Tom Tanton, President, T2 & Associates; Energy Innovations Everywhere.  The proposed penalty price the car makers will pay is about $31 dollars per ton of carbon.  That’s about 3 times the price paid in the cap and trade market in California: maybe EPA is looking at treble (punitive) damages. At the same time, EPA estimates the ‘social cost of carbon’ (the value of avoiding future damages like coastal flooding) to be anywhere from $12 to over $235 per ton depending on year of emission and how future costs are discounted to the present. EPA has used the SCC to analyze the carbon dioxide impacts of various rules since the interagency group first published SCC estimates in 2010. Some of these rulemakings have directly targeted carbon dioxide emissions, such as the car and truck standards, but have faced controversy over the values they use, so perhaps the settlement is just an attempt to ease their job.  It certainly won’t do anything for the climate.”

Hyundai and Kia’s violations are based on their sale of nearly 1.2 million vehicles that the EPA says will emit 4.75 million metric tons of greenhouse gases in excess of what the automakers certified to EPA.

Kia and Hyundai posted a video explaining more about how they test fuel economy, including detailing some of the issues it has with the EPA’s testing methodology.

“For its part, Hyundai continues to cite not only a “data processing error related to the coastdown testing method” that’s part of the EPA test schedule, but also vagueness within certain parameters of the government-mandated testing (including things like a wide allowable temperature spectrum and tire condition during testing) for inconsistencies in fuel-economy measuring,” Autoblog reported.

Cartalk, hosted by NPR’s car experts, Click and Clack, reported in July the Colorado DMV announced that starting in 2015 cars newer than 7 years will be completely exempt from emissions testing.

Cars 8 to 11 years old will only need a quick emissions check No tailpipe test. “Even older cars still required to be tested (IM-240) can avoid that by seeking out one of the roadside drive-by emissions monitoring trucks and turning off the key as they glide by, producing a zero emissions vehicle !! Ya gotta love it,” Cartalk wrote. “By exempting new cars for 7 years, they have eliminated virtually all free warranty repairs! A big kiss to the car companies.”

Colorado proved that the auto emission tests are nothing more than a cash cow for the states in which they are located.

The automakers will pay not only the $100 million civil penalty, they have to spend $50 million on prevention measures on any potential future violations. Hyundai and Kia will also have to forfeit previously claimed 4.75 million greenhouse gas emission credits, estimated to be worth more than $200 million.

The proposed consent decree with CARB is subject to a 30-day public comment period and court review and approval. The clock is ticking.

A copy of the consent decree is available on the Department of Justice website at http://www.justice.gov/enrd/Consent_Decrees.html.