Obama Rails at the 1%ers But Lives Like Em 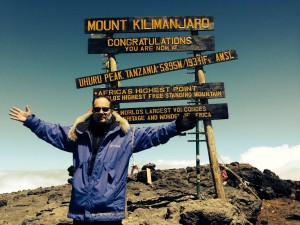 As the Flash Report’s sometimes roving wine and food reporter, I encountered an interesting dilemma. Enjoying your meal at your favorite restaurant in Honolulu with Barack Obama sitting 20 feet away in your direct line of sight.

The ironies are of course obvious. This is the Vintage Cave, the most exclusive restaurant in Hawaii. Mostly only open to members (full memberships can be had for a bargain basement of 500k). Dinner for two will range from $1000 to $2000 depending on what wine and up supplements you select. So isn’t the last person you would expect to see there with his entourage would be the class-warfare-in chief himself, Barack Obama? You just wanted to know, after hearing him rail against the 1%ers for so long, was the irony of this completely lost on him? Another question, who was paying for all of this and was it being properly reported on all of the forms the Democrats so enjoy requiring all of us to fill out?

Then the other obvious dilemma. How do you enjoy the food and wine that you have so carefully picked out while staring at his dour mug. This was an easy fix. The restaurant was happy to seat me with my back to the POTUS party, eliminating a potential source of heartburn.

The other thing that struck me was the extreme disconnectedness of the whole group. Anyone hoping to dine at the Vintage Cave is informed multiple times that you MUST wear a jacket to be admitted. So I was treated to the spectacle of a restaurant of jacket clad men in Hawaii (something rare enough as it is), except POTUS and his party (think Hawaiian shirts).

Conclusion: with a little bit of resourcefulness, it is possible to dine with a limousine liberal like Barack Obama and still enjoy your meal.