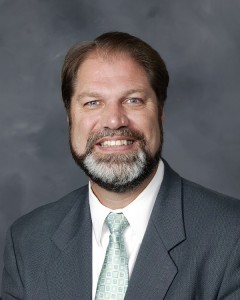 [Publisher’s Note: As part of an ongoing effort to bring original, thoughtful commentary to you here at the FlashReport, we are pleased to present this column from former OC Supervisor John Moorlach.]

Competition for jobs and economic growth among the fifty states is tougher than it has ever been. While other states prepared for this new competitive environment, California remains mired in debt, unfunded liabilities, and infrastructure deficits.

We’re like a football player who isn’t in condition to play. And as a result, California is getting beat on the jobs playing field. A recent survey of America’s top 500 CEOs ranked California the “worst state in the country for business.”

Last year, Newsmax reported that Texas Governor Rick Perry had successfully lured away over 60 companies from California to Texas, equating to 30,000 jobs. That’s in addition to Boeing, Charles Schwab, Toyota, Chevron, Campbell’s Soup and a number of other well-known Fortune 500 companies that left the state.

Unfortunately, California’s legislature has met this challenge by creating the highest taxes and most difficult regulatory environment in the nation. Add to that a $36 billion “wall of debt” and an unfunded pension and medical retiree liability, and infrastructure deficit totaling in the hundreds of billions of dollars, and you can see why California continues to lose some of its best and brightest job creating companies to other states.

In Orange County, we’ve put in place those items needed to facilitate growth, including improved transportation systems, a fiscally healthy county, and a leaner regulatory environment that promotes business and job growth. That’s what we need at the state level, and that’s why I’m running for State Senate.

I will fight for a clear set of goals that help restore our state’s finances and foster robust economic growth. These include:

I’ll shine a light on those policies and proposals that hurt California’s economic competitiveness, and I’ll fight for greater transparency in the legislative and budget processes so all Californians can understand how their representatives are spending their money.

I know these agenda items won’t make the special interests happy, but I’ve never backed down from doing what is right. And, over the past 20 years, I’ve joined with others to successfully battle those entrenched interests wanting to preserve the status quo.

The fact is, if we don’t change, we’ll continue to lose our top businesses and job creators to those states that are serious about economic growth. And more business losses means more tax revenue losses.

Twenty years ago, I warned Orange County’s elected officials that their policies were leading the county toward bankruptcy. When the county filed for Chapter 9 in December 1994, I was appointed to serve out the term of Treasurer-Tax Collector, where my team took swift action to cut losses, streamline spending, protect taxpayers and create a path back to fiscal solvency.

Today, Orange County’s budget is balanced and its economy is strong. But, there is again a looming threat of fiscal and economic insolvency—this time from Sacramento. I’m running for State Senate to fight for a fiscal and economic policy that restores California’s finances and puts our state on a strong path to economic prosperity.