The U.S. Environmental Protection Agency paid the University of Southern California and the University of California, Los Angeles to conduct experiments on children, to determine whether exposure to diesel exhaust harms humans. These experiments are illegal under the Nuremberg Code, California state law, and federal regulations, concerning the protection of human subjects in medical research, according to Energy and Environmental Legal Institute attorney David Schnare. 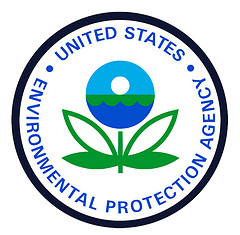 The EPA along with the USC and UCLA, illegally used children in diesel exhaust experiments 2003 through 2010, after the EPA and the California Air Resources Board had concluded inhaling diesel exhaust can cause death within hours.

According to Schnare, this is still going on, even though Schnare sued the EPA to stop these experiments.

The diesel exhaust medical experiments were exposed through documents released by the Committee for a Constructive Tomorrow and the Energy and Environmental Legal Institute.

These illegal experiments on children are reminiscent of Dr. Josef Mengele, a Nazi doctor nicknamed “The Angel Of Death,” who along with other Nazi doctors, tortured men, women and children and performed horrific medical experiments on them at Nazi death camps.  “Not only has EPA been caught violating the letter and spirit of virtually every national and international code, law and regulation for the protection of human subjects in medical experiments developed since World War II,” said attorney Schnare, “but they have done so in shocking style, abusing the most vulnerable people of all, children.”

“These scientists don’t see themselves as part of a federal agency,” Schnare explained in an interview. “They’ve fallen into the same trap other scientists have, including during WWll Germany. They ask themselves, ‘I wonder if this will make us sick.’ And then they use people to test their theories on.”

“It is illegal, unethical, and immoral to expose experimental subjects to harmful or lethal toxins,” John Dale Dunn MD JD said, in an article for Watts Up With That. “The Reference Manual on Scientific Evidence, 3rd Ed. (2011), published by the Federal Judicial Center, on page 555 declares that exposing human subjects to toxic substances is ‘proscribed’ by law and cites case law.”

EPA Diesel Regulations — are they valid or not?

The EPA’s own diesel regulations claim diesel exhaust is dangerous, and they’ve regulated it throughout the country to ostensibly lower diesel emissions. In California, the Air Resources Board not only adopted the EPA’s diesel regulations, CalEPA and the ARB developed strict diesel regulations in 1998, and state: “Diesel exhaust and many individual substances contained in it (including arsenic, benzene, formaldehyde and nickel) have the potential to contribute to mutations in cells that can lead to cancer. In fact, long-term exposure to diesel exhaust particles poses the highest cancer risk of any toxic air contaminant.”

EPA Director Lisa P. Jackson testified in Congress that particulate matter causes about 1 of every 4 deaths in America.

The CARB’s Chairwoman, Mary Nichols, worked at the EPA from 1993-97, appointed by President Bill Clinton as Assistant Administrator of Air and Radiation. Nichols was then appointed by Gov. Jerry Brown as the California Secretary for Resources (1979-2003), and appointed by Gov. Arnold Schwarzenegger to the CARB, where she has been “steering the Board through numerous efforts to curb diesel pollution.”

The CA state Legislature passed AB 32 in 2006 – California’s Global Warming Solutions Act – to lower carbon emissions to 1990 levels by 2020. Implementation of AB 32 under the CARB has been even stricter about the amount of emissions allowed than the EPA’s regulations… Which makes this sickening experiment so dubious, given that the EPA-funded experiments were conducted at USC and UCLA — two of California’s universities, which openly advocate for reducing carbon emissions based on the supposed danger of the particulate matter to humans.

“Despite that the EPA had concluded inhaling diesel exhaust can cause death within hours and that the California Air Resources Board (CARB) concluded there is no safe exposure to diesel exhaust, the USC/UCLA researchers sprayed diesel exhaust up the noses of 20 children aged 10 to 15 years of age,” Schnare said. “The purpose of the experiment was to see what happened to the children after the exposures.”

“The EPA said they put carbon particulates from diesel exhaust up the noses of the children. These nasty things are truly bad. This stuff sticks to the lungs, so these kids are going to have carcinogens sticking to their lungs for the rest of their lives,” Schnare said. “Carcinogens are known and expected to cause cancer.”

But the EPA said this isn’t dangerous.

“Compounding the basic villainy of the experimentation itself, is that the USC/UCLA researchers failed to warn the parents and children how dangerous EPA and CARB had determined diesel exhaust to be,” Schnare said. “So there was no informed consent as required by law.”

“It’s clear from the documents obtained that the experiments violated the Nuremberg Code, as adopted by the state of California, and the federal regulations known as ‘The Common Rule,’ which are intended to protect human subjects from rogue researchers,” Schnare said.

Under California law, violations of the medical experimentation laws are punishable by fines and/or imprisonment.

The only way EPA, USC and UCLA are not guilty of illegal experimentation on children is if EPA and CARB have been grossly distorting the dangers of carbon and diesel exhaust. In previous articles, I interviewed Dr. Jim Enstrom, who disagrees with the EPA’s and CARB’s determinations of carbon and diesel regulations. And he was fired by UCLA for daring to challenge their junk science.  Enstrom charged scientifically the the EPA and CARB doctored scientific experiments to deceive the public and Congress in order to declare costly and controlling regulations.

JunkScience.com has all of the EPA documents and a detailed article about this case.