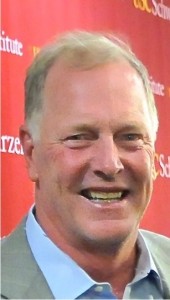 Given the high level of interest in the 2016 US Senate race, I thought I would take the opportunity immediately before the CRP convention this weekend to answer whether I am seriously considering running.

The answer is yes, I am seriously considering running for the U.S. Senate in 2016. I believe I can do the job. If I see a path to winning the election, I will run.

While I do not fit the typical mold of the person running for this office, in talking to voters throughout the state the last two months, it is clear to me that is an asset. The current system is not working for the hard working women and men of this state. They do not believe the current leaders (a) listen to them or (b) know how to get things done. It is one of the key reasons voter participation is at an all-time low. (Only 31% of registered voters voted in LA County in 2014.)

I have a proven record of working to get things done including pension, education and redistricting reform. And with my background as a mediator and volunteer settlement judge, I understand the importance of listening and what it takes to bring people together to solve difficult problems.

Second, I know how to win. As Chairman of the CRP we won several statewide elections including the only successful recall of a sitting Governor in the history of California. We did it with a combination of (a) funds, (b) a comprehensive, grass-roots plan and (c) implementing the plan in such a way that connects with voters.

In terms of funds, during my Chairmanship, we raised a CRP record $100 Million for Republican candidates and causes.

In terms of implementing a comprehensive statewide plan, in 2006 we put together a $22 Million Grass-Roots statewide effort with 48 fully-funded Grass Roots offices staffed by 60 full-time staff members utilizing state-of-the-art technologies including the first California campaign to utilize the VoIP system in 2006.

In terms of connecting with the voters, in 2004 we designed, developed and implemented a voter registration effort that narrowed the registration gap between Republicans and Democrats to the narrowest it has been since the Depression (8 percentage points). For that, we received the Republican National Committee Award for the Best Voter Registration Program in the Country and I was named Chairman of the RNC Voter Registration Task Force and a member of the RNC Executive Board of Directors (2005-2006).

And that program led to votes in places Republicans are not supposed to do well. In 2006 our candidate for Governor set modern day records for the number of blacks (27%), Hispanics (39%), women (55%) and Asians (62%) voting for our candidate.

It can be done.

I honestly believe the best days for our country can be ahead of us. However, that is not a given. It depends on the choices we make, the people we elect, the way we treat each other and a sacred commitment to leave things better for our children than we found them. If we do these things well, those who follow us will point to this time as a time that made a difference.

I hope you will join me in that journey, because together we can do great things.