“The enemy of my enemy is my enemy,” Israeli Prime Minister Benjamin Netanyahu said Tuesday in a speech to the U.S. Congress. 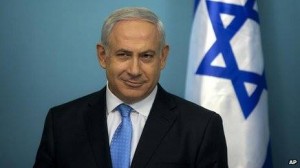 I talked with Congressman Tom McClintock prior to Netanyahu’s speech. “This administration and many on the Left seem to view the two sides in the Middle East debate as moral equivalents,” McClintock said. “All that stands between a peaceful and free world and a fanatical fascist caliphate stretching from the Bosphorus to North Africa is the state of Israel and the influence of the western democracies – particularly that of the United States.”

We discussed the historical implications as Israel is threatened by Islamo-Fascist Middle Eastern countries. “In 1929, Churchill warned of Britain’s irresolution in the Middle East,” McClintock said. “He said, ‘Any appearance of lack of will-power on the part of the British Government or of lack of confidence in its mission in these countries blows like a draught of air on the dull, fierce embers.’”

Those who do not confront evil resent those who do

Netanyahu’s speech came at a crucial time, and addressed the threats the U.S. and other Western nations face if Iran is allowed to develop nuclear weapons. Yet nearly 60 Democrats and the White House staff boycotted the Israeli Prime Minister’s speech. Many were the same Democrats who in 2012 at the Democrat Party convention booed any talk of Christianity, or even recognizing Jerusalem as the capital of Israel.

“There will be everlasting shame on the White House staff and 60 Democrats in Congress who skipped Benjamin Netanyahu’s speech. The appeasers hate those who confront evil,” I posted on Facebook immediately following Netanyahu’s speech.

“Those who will not confront evil will instead confront those who do,” radio host Dennis Prager wrote in a column on National Review. “Since the end of World War II, there has been a name for the people who refuse to confront evil and who resent those who do: Leftists.”

Israel: The Only Holdout Against Evil

Supporters of Israel describe President Barack Obama as a spiteful failure who views Israel as an imperial aggressor. Why doesn’t he say the same about Vladimir Putin, who is currently invading the Ukraine.

“In the modern age, especially since Karl Marx, we rationalize the causes of wars as understandable fights over real things, like access to ports, oil fields, good farmland, and the like,” explains historian Victor Davis Hanson. “Yet in the last 2,500 years of Western history, nations have just as often invaded and attacked each other for intangibles. The historian Thucydides wrote that the classical Athenians had won and kept their empire mostly out of “fear, honor, and self-interest.”

“We can afford to be overly optimistic about Iran, but Israel can’t,” Hanson said in 2013. “Netanyahu accepts that history’s lessons are not nice. The world, both ancient and modern, is quite capable of snoozing as thousands perish, whether in Rwanda by edged weapons; in Iraq when Saddam Hussein gassed the Kurds; or, most recently, more than 100,000 in Syria.”

“The pessimistic Netanyahu also remembers that there was mostly spineless outrage at Hitler’s systematic harassment of Jews before the outbreak of World War II — and impotence in the face of their extermination during the war,” Hanson said. “Within a decade of the end of the Holocaust, anti-Semitism and hatred of Israel throughout the Middle East had become almost a religion.” 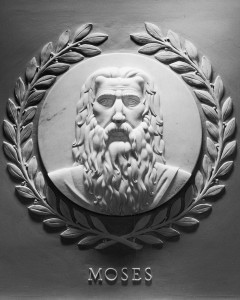 All of this analysis is a way of explaining why Netanyahu stood today in front of Congress pleading for U.S. support, rather than the current snub Israel has been getting — despite Israel  facing the greatest battle against the worst evil in our time against radical, violent Muslims.

Perhaps to explain this, Netanyahu chose Moses: “Facing me right up there in the gallery, overlooking all of us … is the image of Moses,” he said. “Moses led our people from slavery to the gates of the Promised Land. Be strong and resolute, neither fear nor dread them.”