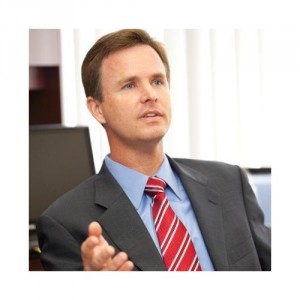 Combat experts teach that when facing an opponent four times your size, you must use his size and strength against him.

In a race that saw a 4 to 1 spending advantage in favor of our opponent, and a combined $750,000 attack campaign against John Moorlach, it was Moorlach’s opponent who finished the race with high negatives, low credibility, and a devastating loss.

I read with some amusement the recent post on Flash Report by members of the team that handled our opponent’s campaign. I can understand their need to spin the outcome. After all, combined spending on our opponent’s behalf equaled $23 per vote. Moorlach spent just $6 per vote, with most of that coming late in the contest.

Our opponent had extensive voter opinion polling. Moorlach had no polling. Our opponent and his friends sent over a dozen mailers, ran a month of cable television, bought broadcast radio, deployed dozens of public employee union volunteers, had over ten paid staffers (according to their finance reports), and placed an estimated 1,000 street and yard signs – an absolute frenzied smorgasbord of campaign activity. At one stretch, Moorlach suffered through what seemed to be an attack mail piece every day for 10 days straight.

By contrast, the Moorlach campaign had 5 mail pieces, 6 days of cable television, a savvy Facebook effort, and a well-known & respected candidate. Moorlach secured 50.3% of the vote and avoided a runoff in this 4-candidate race; a remarkable feat considering the circumstances.

John Moorlach decided to run for Senate in late December of 2014. Our opponent had already been running for roughly six months, and why not? He had oodles of cash and his 68th Assembly District footprint dominated the senate seat.

When Moorlach announced his candidacy in early January, our opponent had already amassed $100,000 and was significantly ahead in fundraising momentum. John Moorlach was starting from scratch. At the end of January, the Moorlach campaign had raised $12,000 to our opponent’s $174,000.

But, we planned Moorlach’s strategy on two basic assumptions: 1) John Moorlach had a base of name identification that we could leverage and 2) the opposition campaign would come with over-the-top negative attacks. Having defeated our opponent’s strategists last year in the 73rd Assembly District (Brough vs Bryson), I had a pretty good idea of what to expect.

Both assumptions proved to be true, and we planned a strategy to pivot off the negative attacks, counter-punch with stinging rebukes, and then finish by identifying the attacks’ funding source: public employee unions. Simply, we were going to use our opponent’s size and strength against him.

This strategy is tailor made for the 37th Senate District – an area that has experienced several high profile “taxpayers versus unions” local campaigns. Our opponent’s team should have anticipated that.

But, our opponent’s campaign made several fundamental errors. One such misstep was waiting until absentee ballots were already in mailboxes before delivering their first piece of mail. Moorlach began the race with stronger name identification, and our opponent’s slow start allowed the Moorlach campaign to hold its limited resources and forgo mailing in the first week.

Our opponent’s Internet presence was also weak. The Moorlach campaign had vigorously bought Google search terms, figuring voters would research the candidates to verify information in the Wagner attack mail. When voters Google searched “Moorlach” or “Wagner,” our search term buyers made sure the top four results were: 1) an ad for Moorlach’s campaign site, 2) an ad for UnionDon.com – the a website pointing out our opponent’s reversal on union funding, 3) the link to the OC Registers endorsement of Moorlach, and 4) the link to CalNewsroom.com’s exposure of our opponent for taking Hawaii junkets. We literally owned the Google search pages.

Additionally, our Facebook team’s targeting was masterful, identifying conservative Facebook users and promoting posts that would spike to over 70,000 impressions. The number of older voters using Facebook continues to grow, which made it a prime target for this low turnout election dominated by voters age 55 and above. Our opponent’s lackluster effort again allowed us to dominate this medium.

3 weeks before Election Day, our campaign rolled out its counter-offensive – including mail, phones, Facebook and precinct literature. These counter-punches exposed the falsehoods in the over-the-top attacks and collapsed our opponent’s credibility among voters. It helped that our opponent’s attacks were so incredulous that the Orange County Register felt compelled to get involved.

Our opponent’s campaign even sent a hit piece against John Moorlach under the banner of the Conservative Republicans of California, but then was exposed for using this group’s name and logo without permission.

If you don’t have polling, but still listen carefully, you can generally discern the direction of the race. With 2 weeks left to go, we could feel the race turning in our favor. In fact, voters were getting tired of our opponent’s phone calls, mail, cable television, walkers, signs, and everything else. Our counter-punches were working. And, every time our opponent would attack, the effort would backfire.

With 10 days to go, Orange County Supervisor Shawn Nelson called to ask what else we needed. Nelson is a real go-getter, and he was serving as Moorlach’s Campaign Chairman. I told him we were close to winning outright, but we needed $10K for postage and phone calls, and another $10K for cable television. Nelson went to work, and 48 hours later, had raised the money.

A week from Election Day, we put up cable television targeted to center-right voters, asking, “Aren’t you tired of Don Wagner’s deceptive campaign?” [See the ad here.] The message struck a chord, and voters responded. We also put in one final mailer, exposing our opponent’s union funded campaign, and again setting the record straight. Voter reaction was strong – we had hit the target.

When the votes were tallied, Moorlach won 49.4% of the early absentees and 55% of election-day walk-in absentee and precinct voters, putting him over the 50% threshold for the entire campaign.

Those who know John Moorlach understand that he will provide Republicans with a thoughtful and knowledgeable voice for fiscal responsibility. He brought Orange County out of bankruptcy 20 years ago, and he’ll work to put California on a fiscally sustainable path.