Counties Should Reconsider Their Involvement in Public Nuisance Lawsuits

[Publisher’s Note: As part of an ongoing effort to bring original, thoughtful commentary to you here at the FlashReport, we are pleased to present this column from Tom Scott.] 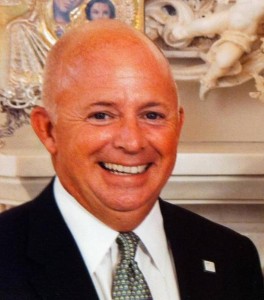 An Open Letter to the County Counsels’ Association of California

To the legal representatives of California’s counties:

As you meet this week in Monterey to discuss civil law and litigation, there is a major issue that merits your attention: the growing trend of California counties and cities, urged on by profit-hungry contingency fee lawyers, to bring “public nuisance” lawsuits against product manufacturers in search of easy money. If this isn’t an abuse of our lawsuit system, I don’t know what is.

In the most high-profile of these cases, lawyers working for seven California counties and three cities have succeeded in getting a judge in Santa Clara to declare that lead paint in privately-owned residential buildings is a public nuisance that requires abatement, at a cost of $1.15 billion to the defendants.

The problem with this ruling, of course, is that suing manufacturers who once made lead paint using public nuisance just doesn’t make sense. Public nuisance lawsuits are intended to curtail annoying or bothersome activities, and have never been applied to products. That’s what our existing product liability laws are for. That’s why seven other jurisdictions outside of California have rejected this cockamamie legal argument that “would stretch the concept of public nuisance far beyond recognition,” according to New Jersey Supreme Court Justice Helen Hoens.

Although this absurd ruling is under appeal, it is yet another example of how California’s out-of-control lawsuit system mainly serves the interests of lawyers rather than ordinary people. Trial lawyers have been pushing lawsuits like this for decades hoping to strike it rich, and have succeeded in California when every other jurisdiction used common sense and turned them down. No wonder California is known nationwide as a “Judicial Hellhole.”

One would assume that ordinary Californians benefit from this ruling, too. But they don’t. There is no new public health rationale for this ruling. It simply says all lead paint – even if it conforms to existing and effective safety standards – must go. In fact, the proposed abatement program will undercut an existing statewide lead paint abatement program which, along with enforcement of building maintenance standards, has succeeded in pushing lead levels in California’s children close to zero.

Instead, the new abatement program – created with the stroke of a pen by a judge with few public health credentials – will benefit slumlords most and overturn effective local and state policies. That’s right – the judge’s program allows property owners with 10 or more housing code violations to get first crack at money, rewarding those who have willfully failed to maintain their properties.

Leaving aside the logistical nightmare for counties to actually inspect and abate all these homes, what will be the effect of owning a home that is (or was) labeled a “public nuisance”? Will residents face a situation in which their property values are permanently reduced because local officials signed up for a legally dubious lawsuit? If so, how much property tax revenue might counties lose due to depressed home values – and what public services may have to be cut?

As if that wasn’t cause enough for concern, now contingency fee lawyers are coming out of the woodwork encouraging other counties to file similar public nuisance lawsuits hoping to strike it rich. Already, Orange County and Santa Clara County have filed a lawsuit against the pharmaceutical industry regarding opioid drugs. Similar to the lead paint case, the lawyers behind this lawsuit hope that somewhere there is a judge willing to hand down an enormous ruling that will make them rich, no matter the consequences for people’s access to medicines or general public health.

Simply put, these lawsuits represent a troubling and legally dubious use of the “public nuisance” theory of liability, and they may have enormous consequences, whether it is undermining a successful state public health program or jeopardizing access to medicine. Counties should reconsider their involvement in these lawsuits, and think twice before listening to the trial lawyers who hope to use them for their own profit.