[Publisher’s Note: As part of an ongoing effort to bring original, thoughtful commentary to you here at the FlashReport, we are pleased to present this column from Rep. Darrell Issa.] 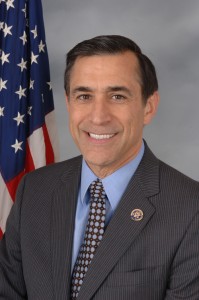 The status quo in Washington is perhaps best summed up by the phrase, “continually kicking the can down the road.” And perhaps the only thing worse than a perpetual inability to effect meaningful, lasting change, is to finally attempt to solve a problem and to only do so in a half-baked manner. Unfortunately, I believe that is a fair characterization of the recent vote over Medicare’s Sustainable Growth Rate (SGR).

In short, SGR is a formula the federal government uses to reimburse doctors who treat Medicare patients. While well intentioned when created in 1997, SGR regularly called for drastic physician payment cuts. Because such cuts would fail to properly compensate the doctors for their work, they are sure to cause many doctors to simply refuse to accept Medicare patients, ultimately causing an access to care crisis.

Virtually every year since its creation, Congress has waited until the last minute to pass so-called “doc fix” bills that ensure the cuts caused by the flawed formula don’t occur. I have regularly supported these patches as the work on a permanent, paid for solution was in the works. Last week, Congress considered a measure that sought to do away with the need for this annual legislative whiplash. But I voted against it. And the reasons are fairly simple.

The full and permanent doc fix should be paid fully paid for. It is difficult to overstate the importance of the distinction. Previous patches have outlined spending cuts to offset new costs. Republicans has always insisted on this fact, criticizing Democrats for trying to hide the true cost of reform.

The bill that passed overwhelmingly last week eliminated the SGR but was a half-solution as it once again pushed the majority of the fix’s cost to future generations.

Essentially, the plan attempts to solve the federal government’s flawed spending habits by introducing different flawed spending habits, implementing a disguised tax increase on 2% of the population in order to address only 40% of the problem. That this proposal, which would add $141 billion to the federal deficit over the next decade, came mere hours after Congress discussed the importance of balancing the budget over the next decade only heightens the irony.

This is not the best deal for taxpayers. Had we agreed that we are comfortable with simply not paying for the associated costs, we could have merely done away with SGR sight unseen 20 years ago. Indeed, legislating becomes extremely simple across the board if we are willing to do away with pesky matters like cost considerations. But, of course, we have long realized the recklessness of that sort of policy-making.

That the bill also extended several Obamacare created mandatory funding streams should be yet another reason to oppose.
Supporters of this deal fall into two groups, Democrats that don’t place a high priority on fiscal restraint and Republicans who want to believe the fantasy that savings will be seen down the road. I’ve been in Washington too long to believe that line.

In 1967, “the House Ways and Means Committee predicted that…Medicare…would cost about $12 billion in 1990. Actual Medicare spending in 1990 was $110 billion—off by nearly a factor of 10,” to quote the Senate Joint Economic Committee. Government’s tendency to botch cost projections is as impressive as it is reliable. The fact that the SGR formula is so inaccurate is itself a testament to that fact.

Ultimately, the SGR bill as it came before the House of Representatives did not represent sound policy. We must be serious about implementing real reform, rather than doing the job halfway in the hopes that the problem will work itself out in the future. I hope the final bill, once the Senate returns and offers its suggestions, takes these fatal flaws into consideration, so that we can solve this problem for good, rather than kicking the can down the road just a little bit harder this time.