While Gov. Jerry Brown has issued record-breaking drought emergency executive orders to California residents to stop watering our “little green lawns,” and take shorter showers or face a $500 fine, other government agencies are draining the state’s reservoirs and sending millions of gallons of precious water to the Pacific Ocean. 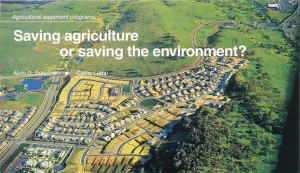 Last week, a federal fisheries agency ordered the California branch of the Bureau of Reclamation to release 15,000 acre feet of water (4,800,000 gallons) from the New Melones Dam so 23 fish could swim to the Pacific Ocean. This order came right in the middle of California’s record-breaking drought, as people and farmers are threatened with fines for using water.

The Bureau of Reclamation ordered the South San Joaquin Irrigation Water District to release the water, and then the bureau ordered the SSJID to do it again — this second time was for six fish.

Following the release of the first 15,000 acre feet of water, Jeff Shields, the manager of SSJID refused. “Whose water will be released down the Stanislaus River to satisfy the second pulse flow?” Sheilds asked, the Manteca Bulletin reported.

The SSJID complied with the first. According to the Manteca Bulletin, the 15,000 acre feet of water was to help flush 23 steelhead trout to the Pacific Ocean.

Deja Vu All Over Again

And in April of last year, the New Melones and Goodwin Dams on the Stanislaus River released nearly 63,000 acre feet of water – to assist the steelhead fish migrating to the Pacific Ocean. “The irony is that if we hadn’t built these dams, these rivers would be nearly dry in this drought and there wouldn’t be any fish,” Rep. Tom McClintock said following the water releases.

The National Marine Fisheries Services said the agency expects only 29 migrating steelhead this year. Their plan was to release 30,000 acre feet by the end of April to help the fish reach the Delta, the Bulletin reported.

You just can’t make this stuff up.

“Tulloch Lake is going to disappear by this fall, and the Stanislaus River is likely to dry up in June or July,” according to the Tri-Dam Project and Bureau of Reclamation data. “And while the two districts have enough water in projected run-off and carry over shortage in a New Melones conservation accounts to meet all their needs this year with tight conservation measures, there isn’t enough for protected fish,” the Manteca Bulletin reported. 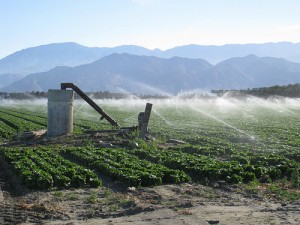 This isn’t anything new to McClintock. In 2013, he warned that the U.S. Fish and Wildlife Service proposal to declare two million acres in the Sierra Nevada Mountains as “critical habitat” for the Sierra Nevada Yellow Legged Frog and the Yosemite Toad under the Endangered Species Act would add Draconian new restrictions. These restrictions were aimed at “those that have already severely reduced productive uses such as grazing, timber harvesting, mining, recreation and tourism and fire suppression efforts.”

“And for what?” McClintock asked Congress. “Even the Fish and Wildlife Service admits that the two biggest factors in the decline of these amphibian populations are not human activity at all, but rather non-native trout predators and the Bd fungus that has stricken amphibian populations across the western United States – neither of which will be relieved by this drastic expansion of federal regulations.

“The species that will be most affected by this action is the human population, and that result will be tragic, severe, and entirely preventable,” McClintock said.

Fish biologists who study fish populations on the Stanislaus River near Oakdale said Thursday large releases of water from New Melones Lake to help fish were not necessary, KXTV reported. “We don’t feel the releases are doing anything to benefit fish populations. The monitoring we’ve done for 20 years, the current releases are no benefit to the fish,” Fishbio’s Doug Demko said.

KXTV 10 said Fishbio was hired by the South San Joaquin and Oakdale Irrigation districts to keep track of fish populations on the Stanislaus River, but the consultant firm has represented agencies on both sides of the environmental debate. Demko said fish survive in the river and water serves better purposes kept upstream. “Certainly fish need water, but in the fourth year of unprecedented drought, we’d like to use the water as effectively and efficiently as possible. There are times when it’s prudent to be saving and conserving,” Demko said.

The Endangered Species Act mandates that once a species improves sufficiently, the agency must remove it from the Act’s protection or reduce its level of protection. Yet removal from the endangered list is rare.

Reason Foundation reported in 2014 that the Endangered Species Act is one of the most helpful tools in controlling land and people. “Hidden to most Americans is a larger agenda of Fish & Wildlife, which is to exploit the Endangered Species Act as a powerful tool to control otherwise normal and legal forms of land and resource use—such as farming, home building and logging—across vast swaths of the U.S.,” Reason said. “The bald eagle illustrates this hidden agenda. The eagle should have been delisted in the early-to-mid 1990s, when it surpassed the delisting goal of around 3,000 pairs in the lower 48 states.  But Fish & Wildlife did not want to let the eagle fly free of the Act because the bird was a powerful land-use control tool.”

As Rep. McClintock says, “We cannot demand that our people scrimp and save and stretch and ration every drop of water in their parched homes while at the same time, this government treats our remaining water supply so recklessly, so irresponsibly and so wastefully.

This conduct utterly destroys the credibility of government demands for stringent conservation and sacrifice by our people, and it thoroughly undermines its moral authority to make these demands.”