It is day 713 of the IRS scandal and no one has been fired or prosecuted. The recent reign of terror inflicted upon ordinary Americans by the Internal Revenue Service and IRS official Lois Lerner remained largely unreported until Tea Party groups around the country started comparing notes about being personally and professionally terrorized by the taxing agency. 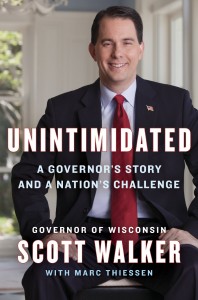 And now we learn that tyranny is also in Wisconsin.

Judge Barbara Kluka issued every petition, subpoena, and search warrant for prosecutors, and all in one day.

Many of the targets of the Democratic prosecutors merely donated to conservative causes or supported Wisconsin Republican Gov. Scott Walker and legislation that was intended to rein in unions’ power in the state.

During the pre-dawn police raids, some homes were forced open with battering rams. Prosecutors wouldn’t let their targets call a lawyer, and even ordered their targets to remain silent about the raids.

Going back several years, dozens of conservatives were targeted “as a weapon to attempt to undo election results, shame opponents, and ruin lives.” And the prosecutors’ weapon of choice was law enforcement.

In the Monday edition of National Review, David French details one of the most terrifying stories in recent American politics, recounting a five-year tale of terror:

“As if the home invasion, the appropriation of private property, and the verbal abuse weren’t enough, next came ominous warnings. Don’t call your lawyer. Don’t tell anyone about this raid. Not even your mother, your father, or your closest friends. … This was the on-the-ground reality of the so-called John Doe investigations, expansive and secret criminal proceedings that directly targeted Wisconsin residents because of their relationship to Scott Walker, their support for Act 10, and their advocacy of conservative reform.”

“Even worse, many of the investigators’ legal theories, even if proven by the evidence, would not have supported criminal prosecutions,” French said. “In other words, they were investigating ‘crimes’ that weren’t crimes at all. If the prosecutors had applied the same legal standards to the Democrats in their own offices, they would have been forced to turn the raids on themselves.”

Who Polices the Authorities?

Who polices prosecutors and judges when they abuse authority?

Most states have lousy systems of attorney and judicial oversight. Lawyers are uncomfortable and unwilling to identify and punish prosecutors and judges who abuse their authority. “State judges are supposed to refer errant lawyers, including prosecutors, to the state bar for discipline, but they rarely do,” Santa Clara University law professor Gerald Uelmen said in a recent Los Angeles Times story about prosecutorial misconduct.

Usually the examples of prosecutorial misconduct are of over-zealous prosecutors falsifying or withholding evidence in order to get a conviction. ProPublica did a 2013 two-part investigation series on this problem.

It sounds like something out of the old Soviet Union. But it’s not – this happened in Wisconsin. And it could happen in California.

‘At the Mercy of A Truly Malevolent State’

“Abusing law enforcement powers to punish political opponents, and to discourage contributions to political enemies, is a crime, and it should also be grounds for disbarment,” Instapundit Glenn Reynolds wrote, comparing the Wisconsin prosecutors to something Vladamir Putin might do to political enemies. Reynolds, an attorney and law professor, continued: “That’s why partisan prosecutor John Chisholm and his tame judge Barbara Kluka should be shunned, condemned, subjected to a shower of ethics complaints, protested wherever they appear, and otherwise given the kind of treatment that the Left dishes out to the people that it doesn’t like, until they have suffered more than their victims.  Pour encourager les autres.”

“For select conservative families across five counties, this was the terrifying moment — the moment they felt at the mercy of a truly malevolent state,” author David French said.

“The mom watched as her entire life was laid open before the police. Her professional files, her personal files, everything. She knew this was all politics. She knew a rogue prosecutor was targeting her for her political beliefs. And she realized, ‘Every aspect of my life is in their hands. And they hate me.’”

The case is still underway, and will likely make it all the way to the Wisconsin Supreme Court.

This is every innocent person’s fear.

“It was indeed a home invasion, but the people who were pouring in were Wisconsin law-enforcement officers. Armed, uniformed police swarmed into the house. Plainclothes investigators cornered her and her newly awakened family. Soon, state officials were seizing the family’s personal property, including each person’s computer and smartphone, filled with the most intimate family information. Why were the police at Anne’s home? She had no answers. The police were treating them the way they’d seen police treat drug dealers on television. In fact, TV or movies were their only points of reference, because they weren’t criminals. They were law-abiding. They didn’t buy or sell drugs. They weren’t violent. They weren’t a danger to anyone. Yet there were cops — surrounding their house on the outside, swarming the house on the inside. They even taunted the family as if they were mere “perps.”

Could this happen in California? Yes. When California’s Democratically controlled web of government and labor unions unravels, there will be partisan investigations into conservative groups and conservative individuals.

It happened in Wisconsin, and it can happen in California, because single-party political dominance is dangerous in a Representative Republic.

This is not healthy. It is an Oligarchy.  And it is tarnishing the Golden State.

“Those who would give up essential Liberty, to purchase a little temporary Safety, deserve neither Liberty nor Safety.” ~ Ben Franklin