Announcing My Candidacy for US Senate 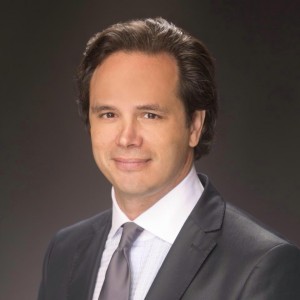 Today, I am pleased to announce my candidacy for the California United States Senate seat in 2016.

I am running for this important office because I can and will offer California voters a choice – not just between parties or amongst candidates – but a choice of ideas and plans as well.

For most of the last twenty years, California has had one-party rule in the U.S. Senate and the California legislature. The result has been a state that is #1 in poverty, at the bottom in education, and suffering from chronic under-employment, water shortages and budget problems. Not coincidentally, California has the highest combined tax, regulatory and debt burden in the Country.

Our problems are the fault of policy choices. For example, if, despite its desert terrain, Arizona can have enough water and the small state of North Dakota the smallest percentage of unemployed, clearly it is a matter of poor decision making for the rich state of California to have the many problems we do. In order to change our fortunes, we need to change our policies and to do that, we must change our leaders.

We must return to an era of economic growth and away from political division. We must have an election about what we can achieve – not which new title a career politician is chasing.

As your U.S. Senator, I will advocate for bold changes for California and the Nation so that prosperity is not limited to the well connected or to the well to do.

Principal among those policies will be:

· A flat tax for the Nation and California,
· The repeal of California’s high speed rail bond, and
· A comprehensive program to make California a world leader in water technology, infrastructure and distribution.

In order to restore economic growth for all, California and the Nation need simplified, flat corporate and personal income tax systems instead of the complicated current systems that leave so many behind. As your Senator, I will work tirelessly to lead that effort.

In California today, fewer than 150,000 people pay half the state’s income tax. Part of that is the result of California having the Nation’s highest tax rates. However, over time, those high rates suppress economic activity and result in lost jobs for many Californians. That is not only bad for those without jobs, it means our tax base is precariously narrow and volatile, which jeopardizes vital programs. We must act to change that now. As your Senator, I will work tirelessly to lead that effort.

Beyond that, our tax codes have become divisive tools for politicians and the playground of special interests. We will not have a healthy, cohesive society, let alone a robust economy, when our tax code encourages class warfare instead of fostering economic success for all Americans. Our goal should be to make sure that people not only can enter the workforce but can move up the economic ladder as well. As your Senator, I will work tirelessly to lead that effort.

So, if Democrats can agree that tax reductions will work for the well connected in Hollywood, the space flight industry and Tesla, then surely they will support my efforts to seek similar reductions for all Californians and all Americans. Simplified flat tax systems also will bring down the rising costs of tax compliance, another factor reducing job growth in California.

As for high-speed rail, the majority of Californians no longer support it and neither does the U.S. Congress. We have a water crisis in California, not a train crisis. Plain and simple. We should cut our losses and repeal the high-speed rail bond.

Instead of high-speed rail, California must have policies that will foster California becoming a world leader in water technology. In 1986, I attended a semester of law school in Singapore. That tiny island country, the current economic envy of many in the world, was precariously reliant on Malaysia for its water. Instead of blaming its people for its water use, Singapore developed a comprehensive strategy to become a world leader in water technology and to become water self-sufficient. Now, Singapore is on its way to water independence even though its population has more than doubled since the 1980s.

During that same period of time, California has done very little. We can no longer afford not to plan. The time to act is now.

California, utilizing public/private partnerships, must become a world leader in water technology including desalination plants, reservoirs, gray water retrieval and balanced regulatory policies. As for jobs, there are more short-term jobs in water infrastructure construction than high-speed rail and more long-term jobs in water than trains.

Finally, with respect to foreign policy, we must speak with a clear voice and stand by our allies. That means clearly identifying the nature of our enemies as well. No doctor would treat a patient without first making a diagnosis. The White House’s failure to indentify the nature of ISIS and the Iranian regime is a failure of leadership and creates dangerous confusion around the world. We must recognize the motivations of ISIS and Iran and then help those that are fighting them. The number one responsibility of the federal government is to protect the American people. As your Senator, I will work tirelessly to lead that effort as well.

Sadly, our existing one-party rule in California has not produced the necessary changes I have mentioned. Now is the time to make that change.

In doing so, we need to move away from policies for the well connected and toward unifying state and national goals that will give everyone a chance to succeed. In 2016, I will be the voice of those goals for all of California, to gain your support and then to go to Washington to achieve the results we deserve. I hope you will join me at this critical time in our Nation’s history.