A mandatory vaccination bill that would undermine informed consent, parental choice, and discriminate against certain California families, was passed by the State Senate Thursday. SB 277, which would end all personal belief exemptions to childhood vaccination requirements, was passed largely on a party line vote, 25 – 10. 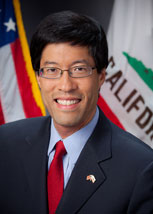 What’s this all about? The Disneyland measles outbreak in January was hyped to hysteria thanks to the media. With the United States population at more than 320 million people, and 38 million in the state of California, it was interesting that a handful of pinpointed measles cases caused  the Los Angeles Times to place blame on some parents, calling them “ignorant,” and engaged in a “self-absorbed rejection of science,” instead on the real cause. The Center for Disease Control said the virus came from overseas, carried by a foreign tourist. But the Times Editorial was titled: “Blame Disneyland measles outbreak on anti-science stubbornness.” The Times claimed, “ill-informed people accept a thoroughly discredited and retracted study in the journal Lancet that purported to associate vaccination with autism.” Perhaps some do, but the vast number of parents leery of vaccinations, say they are uncomfortable with the excessive number of childhood vaccines, and want to know what’s in them. And they don’t want the government forcing mandatory vaccinations on their kids.

Predictably, politicians, never letting an opportunity go to waste, sought to make the most of the Disneyland measles outbreak. State Senators Richard Pan, D-Sacramento, and Ben Allen, D- Redondo Beach authored Senate Bill 277 which seeks to repeal a religious exemption in a previous mandatory vaccine bill by Pan, that currently allows parents to opt their child out of vaccines before enrolling in the state-run public schools. “Vaccines are necessary to protect us. That protection has been eroding,” Pan, a public health physician, said. “The science is clear: Vaccines are safe and efficacious.”

SB 277 has been fast-tracked through the committee process in an attempt to shut down debate. And on the Senate floor Thursday, Democrats in the Senate succeeded once again in shutting down debate over the controversial bill.

SB 277 would require all people, regardless of religion, personal belief, previously homeschool status, private school status, most medical exemptions, etc., to vaccinate their children based on the current Center for Disease Control Immunization Schedule in order to receive the state-mandated education. The bill’s authors propose withholding education in order to force parents to vaccinate. That is what  parents are so riled up about.

Informed consent means physicians have an obligation to present the medical facts accurately to the patient, and to make recommendations for management in accordance with good medical practice. The physician also has an ethical obligation to help the patient make choices from among the therapeutic alternatives consistent with good medical practice. And that includes information about vaccines. SB 277 makes informed consent irrelevant because it mandates vaccines.

Republican Senators offered three ‘hostile’ amendments (Amendments proposed by another Member in Committee or on the Floor that are not supported by the bill’s author). These amendments merely would have honored the Constitutional right to a religious exemption. Sen. Joel Anderson, R-Alpine, reiterated that his amendment was not opposing vaccines. But because some vaccines violate personal beliefs by using aborted fetal cells, Anderson’s amendment would have required vaccine labeling, and both parents and doctors to sign a statement acknowledging the information had been shared.

Sen. Mike Morrell, R-Rancho Cucamonga, also offered a hostile amendment “to protect those who have religious exemption. Morell reminded the Senate that America was founded on the freedom of religion. “Without exception, SB 277 crosses those lines,” Morell said.

The third hostile amendment was offered by by Sen. John Moorlach, R-Costa Mesa, who said he was concerned with the large portion of parents who will withhold children from schools if SB 277 passed. “Those children of parents who decide for whatever reason… and have paid their taxes for their children to go to public school,” should be able to have an exemption.

Each of the hostile amendments was shut down by a majority vote along party lines by Democrat Senators, preventing any debate from taking place.

Twice during the discussion of the amendments, Sen. Hannah Beth Jackson became visibly irritated, and interrupted Senators to tell visitors sitting up in the gallery above the Senate chambers to quiet down, or she’d have them removed. Upon the second interruption, Sen. Anderson said he didn’t hear a thing from the gallery.

This is interesting because in April 2012 at a legislative committee hearing on Pan’s last vaccination bill, AB 2109, Senators running the hearing were irritated by the strong showing of opposition, mostly parents with small children, and predominantly mothers. Here’s what I wrote:

“It was apparent that the Capitol sergeants-at arms had been instructed to aggressively manage the crowd. In years of attending hearings, I’ve never seen strong-arming by Capitol sergeants the way I witnessed yesterday. The Occupy protestors were not man-handled the way the parents were yesterday. A room full of women holding babies is hardly a threat to legislators. But a room full of educated health advocates and parents apparently is.”

Most people recognize the importance of the life-saving vaccines, as well as the common good of public health.

In the early 1950s, only four vaccines were administered in the U.S. — diphtheria, tetanus, pertussis and smallpox.

By the mid-1980s, there were seven vaccines — diphtheria, tetanus, pertussis, measles, mumps, rubella and polio.

Since the mid-1980s, many more vaccines have been added to the vaccination schedule. Today, children may receive as many as 37 doses of 14 vaccines by the age of two, and as many as eight vaccines in a single visit. This is freaking parents out. And many report that when they ask their family doctor what’s in the vaccinations, they are met with hostility.

What many people do not know is that the CDC offers financial incentives to state departments of health for each “fully vaccinated” child. In a recent year, the Ohio Department of Health received $1 million in such CDC bonus payments.

The CDC also recommends an annual flu shot for all Americans from six months of age through year of death. But the flu shot is not a cure-all, despite what the media reports.

Oddly, before 2003 when there was no flu shot mandate, the CDC claimed that there would be 23,000 flu deaths. Only after mandating the flu vaccine did the annual flu-related deaths increase to 36,000.

California politician, Sen. Richard Pan, D-Sacramento, has made it his mission to require every child in public school be vaccinated. No, wait. That’s not accurate. The flood of illegal aliens, which surged at our Southwestern borders in 2014, are not vaccinated. Nor are the illegal alien children, now attending California schools – even after living in government-run detention centers.

With the flood of illegal aliens into the country, doctors warned about the spreading of diseases the United States had controlled or all but eradicated: tuberculosis (TB), Chagas disease, dengue fever, hepatitis, malaria and measles. And doctors warned about the vaccine-preventable diseases like chicken pox, measles and whooping cough could spread like wildfire among unvaccinated children, according to Dr. Elizabeth Lee Vliet. “Other illnesses, along with scabies and head lice, also thrive as children are transported by bus and herded into crowded shelters — courtesy of the federal government. And treatment costs are borne by taxpayers.”

Parents say the bill violates Constitutional rights, as well as their right to choose what’s right for their children. Aren’t Democrats all about the right to choose, or is that only for abortions?