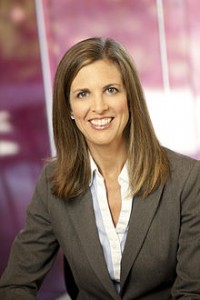 Californians expect government to provide efficient and effective services to the taxpayers it serves.

But expanding state government isn’t the answer to every problem facing our state, nor is government necessarily the best solution. Despite our economic recovery, we cannot afford to simply create a new government program to serve every unmet need.

In many areas, the private sector can do a better job of funding services to Californians. Take the lack of opportunities for early childhood education, for example.

The benefits of early education to both the individual and the economy are without question. Economists have estimated that for every dollar invested in early education, as much as 16 dollars is generated for the community.

Nevertheless, state government simply cannot afford to expand opportunities for early childhood education to keep up with the demand. The First 5 Association of California estimates that there are over 200,000 families on a waiting list today. Additionally, it is very difficult for low-income Californians to afford the high cost of putting their kids in private preschool.

Typically, the response from the Capitol to a large unmet need like early childhood education is to raise taxes to fund a massive expansion of government. This is the wrong approach. Instead, we should be harnessing the power of the private sector to provide a creative answer to address the lack of space in preschools across the State.

To make this a reality, I have proposed legislation (Assembly Bill 1161) to create the California Preschool Investment Fund. This proposal, which was first introduced by former Assemblymember Jeff Gorrell (R-Camarillo) last year, would help expand opportunities for preschool for low-income Californians. I am pleased to join with Assemblyman Marc Steinorth (R-Rancho Cucamonga) in co-authoring this important measure for our children’s future. It recently cleared its first committee hurdle on a bipartisan vote.

The Fund would create a five-year pilot program to fund more preschool spots in five counties. Counties would be selected based on such factors as how many children are on the preschool wait list in their community. Private sector businesses would be offered a 40 percent tax credit for investing in the fund. Businesses would also be eligible to receive a federal tax credit of between 30 and 38 percent.

The Fund would be something rare in government – a self-sustaining program with no cost to taxpayers. The Fund would be required to reimburse the Franchise Tax Board and state Department of Education for any administrative costs.

When we join forces in support of early education, the benefits are seen throughout the entire state. Children who attend preschool have been found to have greater academic success, are more likely to pursue higher education down the road, and earn higher income levels.

It is a win-win for private sector businesses too. Their contributions to early childhood education are really an early investment in developing the trained and highly-skilled workforce they need in an ever-changing economy. At the same time, businesses get generous state and federal tax incentives to fund preschool opportunities that will set up students for lifelong success.

We need more legislative measures like AB 1161 – private sector solutions to real-world problems faced by many in our state. I hope this is the start of a new trend in state government to empower the creativity of the private sector to help Californians, not the exception to the rule.

Assembly Republican Leader Kristin Olsen, of Modesto, is recognized as a solutions-focused reformer. She represents the 12th Assembly District in the California Legislature, which includes portions of Stanislaus and San Joaquin Counties in the Central Valley. Follow her on Twitter: @KristinOlsenCA