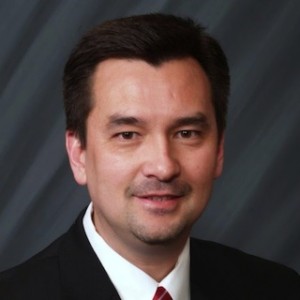 Owning your own home is a part of the American dream. And if you cannot own your home, having affordable rent is the next best thing but sometimes legislation is introduced with the best of intentions but has the opposite impact from what was intended. The bill AB 1335 has been introduced by Assemblywoman Adkins with the intent of providing affordable housing, however, the funding mechanism is profoundly flawed.

AB 1335 proposes a new $75 tax on certain recorded documents, of which only 20% would go directly to fund affordable housing. The current base fee to record a document in the State of California ranges from $6 to $10. AB 1335 would increase that fee to between $81 and $85 dollars, amounting to a tax increase of up to 1,250%. The fee is expected to generate $500 million with the hope of securing an additional $2 billion in federal funds. However, the bulk of the money would be used to establish a new bureaucratic agency in Sacramento and create a new position, the California Secretary of Housing.

Supporters of AB 1335 argue that these new taxes are needed to replace funding that was eliminated when the Legislature abolished redevelopment agencies in 2012, a move that was supported by Assembly Speaker Toni Atkins, the author of AB 1335. An audit of State-administered housing fees in California last year revealed that the most well-meaning new laws don’t always work as promised. For example, the audit found that the Housing and Emergency Shelter Trust Fund Acts of 2002 and 2006, which provided nearly $5 billion in bonds for financing affordable housing for low- to moderate-income Californians, were often administered without the Housing and Community Development department (HCD) knowing. The audit also found that funds were awarded to a project which cost $411,000 per housing unit “even though its own data identified comparable projects in the area costing only $264,000 per housing unit. The HCD did not determine whether the increased cost was justified.

AB 1335 seeks to saddle a narrow group of Californians with the burden of paying the tax. This is because home sales, the only tangential connection to affordable housing, would be exempt from paying the tax. So essentially, AB 1335 exempts the person buying a multi-million dollar home, but would instead require the contractor who put a new roof on that home to pay the tax when filing a lien for the work. Basically, the majority of people burdened with funding the new affordable housing program would be families who are refinancing or renegotiating their loans, spouses filing affidavits of death of joint tenants and struggling Californians trying to pay off delinquent taxes.

While the goal of providing more opportunities for affordable housing sounds good, the bill imposes the funding burden on those who would not directly benefit. Moreover, recorder staff will encounter a significant increase in time and effort to collect fees for a function it does not perform, as well as address unsatisfied customers who complain about the excessive increase in costs.

A fee requires a clear nexus between the fees collected and the service provided. When a nexus does not exist, the funds collected are nothing more than a tax, not a fee. This is just one more tax placed on the backs of hardworking citizens like the widow recording an affidavit of her husband’s death, or the contractor recording a lien for unpaid services rendered, or a family struggling to refinance a high interest rate loan.

I have serious concerns about Assembly Bill 1335 and the funding mechanism portion of this bill for the following reasons: AB 1335 represents an enormous tax increase of up to 1,250%, an unnecessary new bureaucracy and a regressive and unreasonably narrow tax burden on average Californians. I urge the California Legislature to find another way to fund their policy objectives.