Vaccine Bill: Political Scientists Don’t Get to Say ‘The Science is Clear’


California lawmakers have trampled all over parental rights, and managed to take away even more parental choice regarding vaccinations for their children. By the way — political scientists aren’t real scientists, and don’t get to determine that the “science is clear” on vaccinations, the way so many politicians claim. That’s just arrogant politicians trying to end any discussion or debate by abusing the power of their offices in order to ward off potential regime change. 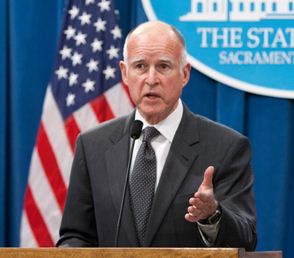 Both houses of the Legislature passed SB 277 by Sen. Richard Pan, and in record time, Gov. Jerry Brown signed the bill into law Tuesday, removing parental rights while eliminating informed consent.  “The science is clear that vaccines dramatically protect children against a number of infectious and dangerous diseases,” Brown wrote in his signing message. “While it’s true that no medical intervention is without risk, the evidence shows that immunization powerfully benefits and protects the community.”

Between 3,000 and 4,500 severe vaccine reactions, up to and including death, occur every year in the United States. Some doctors say that the numbers of severe reactions to vaccinations are much higher than the CDC’s numbers. So why would the California Legislature and the governor blindly go along with the program. Surely you have to ask yourself why, given the statistics available, and despite the mainstream media.

The Governor of California has passed a law that will force healthy people to take vaccines with substances that we know that have side effects, and impact everyone differently. How is “the science clear?”

“Yet, in holding scientific research and discovery in respect, as we should, we must also be alert to the equal and opposite danger that public policy could itself become the captive of a scientific-technological elite,” President Dwight Eisenhower said just before leaving office. “The prospect of domination of the nation’s scholars by Federal employment, project allocations, and the power of money is ever present and is gravely to be regarded.” California politicians need to listen to Ike’s words.

Have politicians learned anything from past presidents? Apparently not.

Parental choice over vaccines was removed thanks to a state law first passed in 2012. AB 2109 by then-Assemblyman Richard Pan, D-Sacramento, ordered that children would not be allowed to attend public school without proof that parents have been counseled, and children vaccinated. The only exception to the law was a religious exemption. But that exemption has been erased with passage of SB 277.

The State of California has injected itself into the doctor-parent relationship, and lawmakers refuse to see how creepy this is… in a

Illegal Immigrants are the Elephant in the Room

The unspeakable issue at the root of Pan’s 2012 bill was and still is, is the influx of children from other countries into California’s public schools, who bring with them new strains of measles, mumps, chicken pox and flu bugs, among other communicable diseases. Children who have recently traveled out of the country also bring home infectious diseases.

But it’s not politically correct to address that problem with California’s Democrats. Instead the Legislature wants everyone else to get vaccinated. Pan has refused to answer this issue. “Outbreaks are possible if people have been traveling…. It’s about the other children at school. They depend on the rest of us to get vaccinated,” Pan said at an October 2012 hearing.

But that was as far as Pan ever went, despite the elephant in the room.

If the bill is so great, why are they fast-tracking it

“If the bill is so great, why are they fast-tracking it?” asked Heather Hawkes, of the California Coalition for Health Choice in May. “SB277 removes our state’s personal belief exemption, forcing an open- ended list of vaccinations on children, even when there is a philosophical, religious and in some cases medical reason to not comply with the entire schedule.” Hawkes added, “This legislation will not improve public health, but it does have far reaching effects that, as an educator, you must pay attention to.”

–  In cases where the family selectively opts out of certain vaccinations, such as the Hep B vaccine at birth (a sexually transmitted disease that poses no risk to most children); chicken pox, etc.

–  In cases where a child has obtained natural immunity, and has been titer tested and a vaccination is not needed to prevent the child from getting the disease

–  In cases where a child has had previous adverse reactions to a vaccine, but is not protected by the impossible to obtain medical exemption

–  In cases where a sibling has had a severe adverse reaction to vaccination, and the chances are high that they too will suffer from a similar reaction

–  In cases where a family has religious or personal belief objections to vaccines for any reason, including the use of aborted fetal tissue or use animal tissue

“If SB277 were to pass, children who are currently filing PBEs for any reason would be denied any education. As educators, we must stand up against this type of unwarranted discrimination, and protect these children,” Hawkes said. “Opposition to SB277 does NOT represent an anti-vaccine movement. Many of the  people who oppose SB277 are vaccinated and have vaccinated their own children. The issue is California lawmakers ignoring parental rights.”

The Centers for Disease Control admits that as many as 30,000 adverse reactions to vaccinations are reported every year. Is it any wonder that parents from all walks of life question vaccinations, and want the dialogue and the debate between only their doctors and themselves?