[Publisher’s Note: As part of an ongoing effort to bring original, thoughtful commentary to you here at the FlashReport, we are pleased to present this column from former Congressman Ernie Konnyu.] 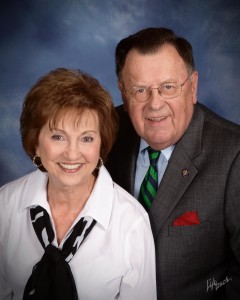 Love is the new American law standard…so says the Supreme Court by 5 to 4 vote led by Justice Kennedy. Forget the Christian values standard that was the basis of American laws for a couple of centuries. So what’s wrong with that?

Justice Samuel Alito wrote in his dissent to the 5-4 Obergefell gay marriage case, “Today’s decision usurps the constitutional right of the people to decide whether to keep or alter the traditional understanding of marriage. It will be used to vilify Americans who are unwilling to assent to the new orthodoxy.” Read that to mean most of the over 100 million of Americans who are Catholics, evangelical Protestants, orthodox Jews, Mormons and Muslims among others have been put into legal straight jackets.

By that decision the Supremes also usurped the role of Congress to make laws, something this former member of the House sees as an extra legal activism on the part of the Court.

So what will be the impact of this Kennedy construct on Christian believers and the like? That is the new American question!

I can see the pro-gay marriage citizens along with the infamous ACLU righteously calling to remove the tax exemption laws from Christian schools and churches. Why? They discriminate against gays and lesbians by teaching that only a marriage between a man and a woman is valid in the eyes of those churches.

So the lawyers and other officials ask where is the harm in that. I spent 4 ½ years of my life attending Catholic schools. The removal of tax exemptions would about double the cost that parishes as opposed to parents now bear in Catholic schools due to the Church’s new taxation burdens. What will the Obama or, God forbid, the Madam Clinton Administrations do to these now discriminating churches and schools that will not comply with Obergefell decision?

Will a Baptist school hiring only Baptists teachers escape conviction on employment discrimination charges? The new love is all that’s necessary standard will not work for the Baptists.

And what about the Muslim mullahs being taken to courts for refusing to marry gay couples, something forbidden by the Koran? Yes! They too will be punished by the law.

Then there are cases such as a Boston, Massachusetts urologist, Dr. Paul Church of Beth Israel Medical Center, who has been expelled from his medical position in the facility. Why? Because he refused to comply with “Gay Pride” events co-sponsored by his employer, the hospital.

These and similar are the issues the courts will have to handle. In other words will the Kennedy led Supreme’s love standard or the Christian religious liberty standard in our Constitution be the controlling factor in the courts decisions in these cases?

As I worry that the unorthodox and individualistic love standard will stomp the religious freedom community too much, it comes to mind that the legislative branches can weigh in and tip the scales toward religious liberty.

The tools that are available to fight the Left are the First Amendment to our Constitution, the federal Religious Freedom Restoration Act (RFRA) and laws in some states of a similar nature. In addition, the conservative controlled U.S. Congress and the mostly conservative state legislatures all can create new laws and amend old ones to bolster the religious liberty side of this argument.

This legislative work will have to be completed in the face of vicious fights incited by gay rights groups and their “love wins” followers such as the Apple power player CEO. As Justice Alito stated, these pro religious liberty groups will be vilified by the love conquers side but it is a fight we have to make and to win as Justice Kennedy’s love wins rule gave us no other choice.

Ernie Konnyu of San Jose, California, is a retired California state legislator, former U.S. Congressman and a retired Air Force Major. He wrote this opinion for the Flash Report.