[Publisher’s Note: As part of an ongoing effort to bring original, thoughtful commentary to you here at the FlashReport, we are pleased to present this column from Senator Jeff Stone.] 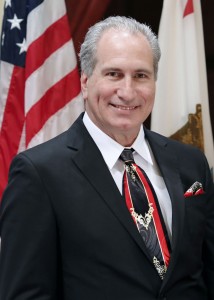 Ah, but a man’s reach should exceed his grasp, Or what’s a heaven for? – Robert Browning

Reaching out with a promise of benefits that can’t be delivered is no way to run good government. However that’s exactly what’s happening in Sacramento right now. Some 12 ½ million people, roughly one in three Californians, now rely upon it for their medical coverage. Today many of those newly enrolled in Medi-Cal can’t even find a doctor for treatment.

Despite this, the just-passed state budget actually increases Medi-Cal coverage to hundreds of thousands of children. When so many can’t grasp treatment now, why would we increase our reach even more?

There’s much more to providing health care than simply signing up people to get coverage. People also need access to real health care services. And the primary reason so many Californians covered by Medi-Cal can’t get medical services is because health care providers aren’t paid enough to cover the cost of the treatments they provide.
Back in 2011, in a desperate attempt to cover the state’s budget deficit, legislative Democrats cut California’s Medi-Cal payment rates to doctors, dentists, hospitals, and other health care providers by 10 percent. As a result, California, one of the most expensive states to live in, now ranks near the bottom in what it pays health care providers under Medi-Cal.

Slightly more than half of doctors who accept Medi-Cal patients are not willing to sign up more patients, and we really can’t blame them. . Medi-Cal payments rates are just over half of what doctors receive for treating patients covered by Medicare. Because California’s reimbursement rates are so low, Medi-Cal patients are having a hard time getting to see a doctor. Emergency Rooms across the state are more crowded than ever. . But instead of increasing payments, Legislative Democrats are simply extending our broken Medi-Cal coverage to more than a million children. How is that really helping anyone?

California Republicans support a restoration of the 10 percent that was cut in 2011. With the governor and the Democrats in the legislature arguing back and forth about how many extra billions of surplus dollars the state is expected to take in next year, certainly there’s plenty of money to do just that.
The Governor has called a Special Session to address Medi-Cal, and he and the Democrats are likely going to ask for significant tax increases to “solve” the problem. The reality is that we don’t need a tax increase to pay for adequate provider rates. Our state took in $14 billion more in revenue last year. The budget signed by the Governor contained hundreds of millions of extra dollars to pay for public employee raises.
Republicans believe we can afford to fix Medi-Cal with existing revenues. Giving more money to state workers and expanding the role of government at the expense of solving our healthcare system is not the right answer. We don’t need to raise taxes to fix what is undeniably a broken Medi-Cal system.

Let’s not forget that the road to ruin is paved with good intentions. Having a reach that exceeds your grasp may very well be a Heavenly ambition, but it’s no way to run government.