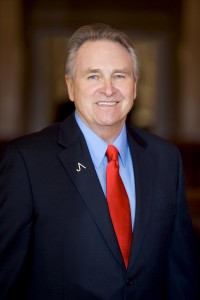 The shocking murder of Kathryn Steinle on San Francisco’s Pier 14 has been attributed to Juan Sanchez, a felon who has been deported from the United States five times. Sanchez, however, could not have committed this crime by himself. Many public officials served as accessories by enacting the policies which led to his release.
San Francisco is a sanctuary city which provides refuge for foreign nationals who may otherwise face deportation. Under the policy, San Francisco has developed into a safe haven for convicted felons. In their zeal to frustrate U.S. immigration Customs Enforcement (ICE), city leaders willfully released known felons who are facing deportation. Most U.S. jurisdictions honor ICE holds (immigration detainers). As Chairman of the California Board of Prison Terms, I honored thousands of such “holds” so that foreign nationals could be deported after serving terms for crimes committed in California.

In the case that led to the death of Kathryn Steinle, the Sheriff’s Department requested custody of Sanchez after he completed a federal prison sentence. ICE accommodated San Francisco but placed an ICE hold on Sanchez so that he could be deported when his case closed.

On March 26, Sanchez arrived in San Francisco. The very next day, San Francisco prosecutors dropped 20 year old marijuana charges. After consulting with city lawyers, the Sheriff’s Department refused to honor the ICE hold and released Sanchez on April 15. The release was approved despite the fact that San Francisco authorities were fully aware that Sanchez had seven felony convictions and had been deported five times. What public purpose was served by bringing Sanchez to San Francisco?

Simply put Sanchez would never have been in San Francisco the day Kathryn Steinle was killed had it not been for the mind numbing stupidity of city officials.

Unfortunately the philosophy which led city officials to abandon logic is not confined to San Francisco. In fact, Democrats in the State Legislature are so enamored of San Francisco’s sanctuary policy that they passed the ‘California Trust Act’ in 2013. This measure effectively made California a sanctuary state by prohibiting law enforcement from honoring most ICE holds.

Earlier this year, in response to the murders of Sacramento Deputy Sheriff Danny Oliver and Placer County Detective Michael Davis, Jr. by a twice deported felon, I introduced SB 713. The bill would have amended the “Trust Act” to simply provide that California Police and Sheriffs could honor an ICE hold if the subject was a previously deported felon.

Nationally, more than 200,000 ICE holds have been honored since January 2014. According to the Associated Press, of the 17,000 ICE holds that were ignored; 61 percent were in California.

Tragically, the death of Kathryn Steinle was avoidable. Blind adherence to California’s sanctuary policy will inevitably lead to the loss of more innocent lives.