The First Debate/10 Days and Counting

[Publisher’s Note: As part of an ongoing effort to bring original, thoughtful commentary to you here at the FlashReport, we are pleased to present this column from Arnold Steinberg.] 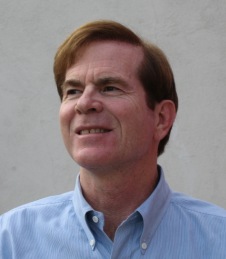 Only ten candidates will participate in the first Republican presidential debate, ten days away, hosted by Fox News in Cleveland. The remaining six may be awarded a lesser debate, an improvement over excluding them entirely.

The decision is based on the placement in averaging five recent polls. It’s still unclear which polls will be selected. But we do know that these polls have different sample sizes. Further, the number of actual Republican registered voters likely to vote in the primary election is only in the 150-300 range for each survey, with a substantial margin of statistical error – perhaps plus or minus five to eight percent, and that doesn’t even count non-sampling error. For example, the surveys have different methodologies and even ask the ballot question differently. Most do not even indicate whether the candidate is a governor or senator. Reading just the names of the sixteen candidates favors those candidates most recently in the news. This is one reason why Donald Trump always places first.

Based on the current polls, the placement is Donald Trump, Jeb Bush, Scott Walker, Marco Rubio, Mike Huckabee, Ben Carson, Ted Cruz, and Rand Paul, John Kasich and Rick Perry. But Rick Santorum, Bobby Jindal and Carly Fiorina are each between 1 and 2 percent, so any of them could still displace Kasich or Perry, each at 2 percent. And what if Lindsey Graham or George Pataki make a sudden big media splash from under 1 percent to above 2 percent. So, how will this movie and?

As I’ve explained repeatedly in other columns, the process is tainted. Lower tier candidates may charge unfairness. The Republican Party looks like it’s playing favorites. It’s not simply that the clustered candidates at the lower end could be arbitrarily excluded. Polling numbers this early are highly volatile. Perhaps that’s one reason for the sudden upsurge in ordinarily premature television advertising – to pump up candidate numbers.

If, say, Carly Fiorina is not in the main debate, voters do not see the only woman in the race. If Kasich doesn’t make the cut, he is not featured in a debate originating in his own state! The reality is that debates drive polls, not the other way around

So, what should be done?

The Republican National Committee says the law requires that only a media outlet or 501(c) (3) nonprofit organization can host the debate. That begs this question: why didn’t the RNC form a 501(c)(3) for this purpose?

There’s one more advantage to this approach. Donald Trump could only dominate one of two “main” debates.

Arnold Steinberg, strategist and analyst, is the author of graduate texts on politics and media, and a court-recognized expert on quantitative research and media who has taught at Pepperdine’s Graduate School of Public Policy. He has conducted 2000 studies.